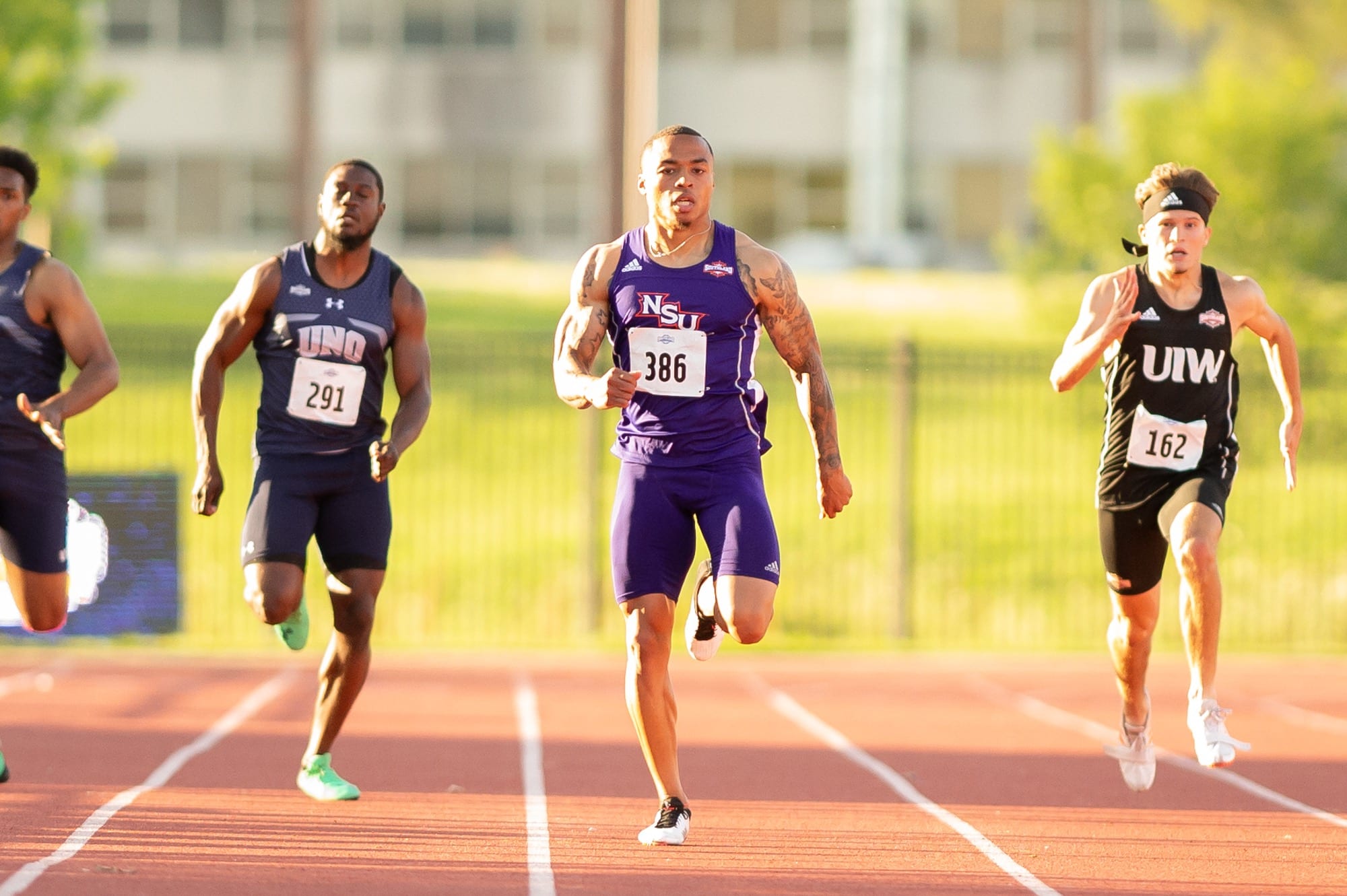 Larkins announced the signing via Twitter on Monday, becoming the fourth NSU sprinter to sign a professional contract since 2014. Justin Walker, Amir James and De’Shalyn Jones signed pro deals in that span.

“This is huge for him, and it’s something he deserves,” said NSU sprints coach Adam Pennington, who also serves as the associate head track and field coach. “This agency has kept an eye on Micah for the past year, and they have a reputation for signing world-class athletes.

“With the U.S. championships coming up (in late July), it was important for Micah to be represented, and he can train with other great sprinters. He’s worked very hard to get here, and he deserves it.”

Larkins was a two-time All-American as part of NSU’s 4X100 relay team, including a program-record 38.92 at the NCAA Outdoor Championships preliminaries in 2018. That foursome would eventually place seventh in the finals to earn first-team All-American status.

As an individual sprinter, he tied NSU’s wind-legal program record of 10.12 in the 100 meters in 2018, which helped him win one of his six Southland Conference gold medals.

The Haughton native earned All-American honorable mention status in 2018 by finishing 18th in the 100 meters.

Larkins was set for more Southland Conference medals and had All-American and even national championship potential as a senior before he was injured at the conference championships in early May. He consistently ran under 10.20, besting that mark in nine of his final 11 races.

The five-time All-Louisiana sprinter competed at the NCAA Outdoor Championships twice and the Indoor once.

Pennington said Larkins has recovered from his late-season injury and is preparing for the USA Track and Field Outdoor Championships from July 25-28 in Des Moines, Iowa.