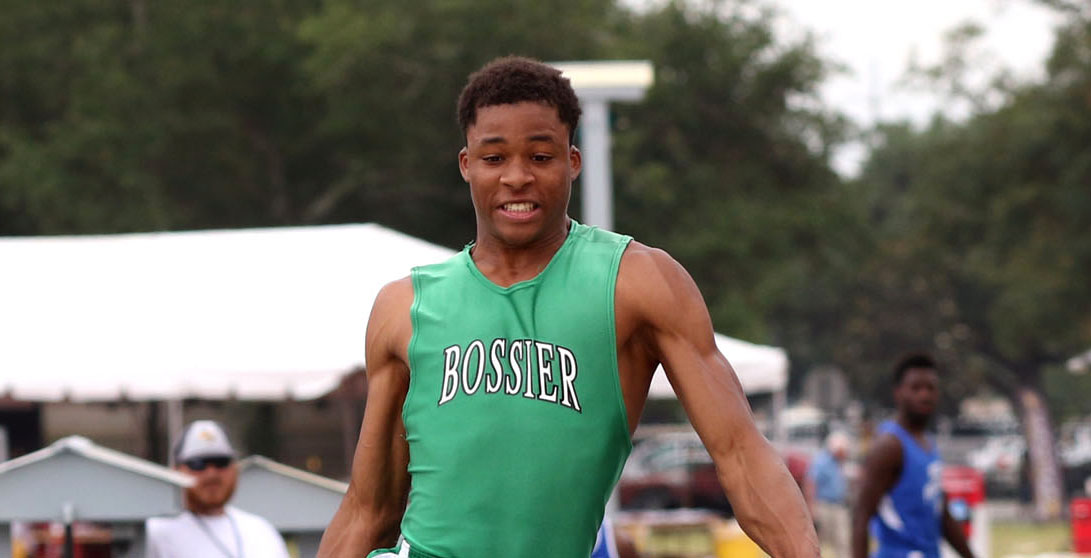 Based on qualifying times and distances, that was a better-than-expected performance.

Bossier finished fourth in the Class 3A boys meet with 37 points. John Curtis won with 82. Plain Dealing was seventh in 1A boys.

A sophomore, Carper was named the Outstanding Performer in the Class 1A boys meet.
He won the triple jump, finished second in the 110-meter hurdles and third in the long jump. Carper went 44 feet, 4 inches in the triple jump, edging Arcadia’s Dan Fields by 2.5 inches.

Funderburk had the fourth-best qualifying time in both events.

Cook won the 3A boys long jump and Brooks took the 200. Both ran on Bossier’s runner-up 4X400 relay team along with John Langston and Juwan Wells.

Cook went 23-3 in the long jump, beating Jazz Ferguson of West Feliciana by 8.5 inches. Brooks ran a 21.49 in the 100. Hakim Ruffin of Franklin was second in 21.60.
Bossier was the defending champion in the 4X400 relay. The Bearkats almost won it again as anchor Cook came close to chasing down Franklin’s Trevions Rouchon. Bossier ran a 3:19.86 to Franklin’s 3:19.64.

Benton’s Jordan White finished runner-up in the 4A boys discus with a toss of 135-0. Westgate’s Taylor Fondal won in 157-8.

Haughton’s Antonio Woodfork was second in the 5A boys 300 hurdles, breaking his own school record with a 38.43. Defending champion Brandon Singleton of Hahnville, who swept the hurdles, won in 37.53.

Plain Dealing freshman Teunna Perry finished second in the 1A girls triple jump with a 36-7.5, two inches less than Carlyle Wirtz of Ouachita Christian. She also finished fourth in the high jump.