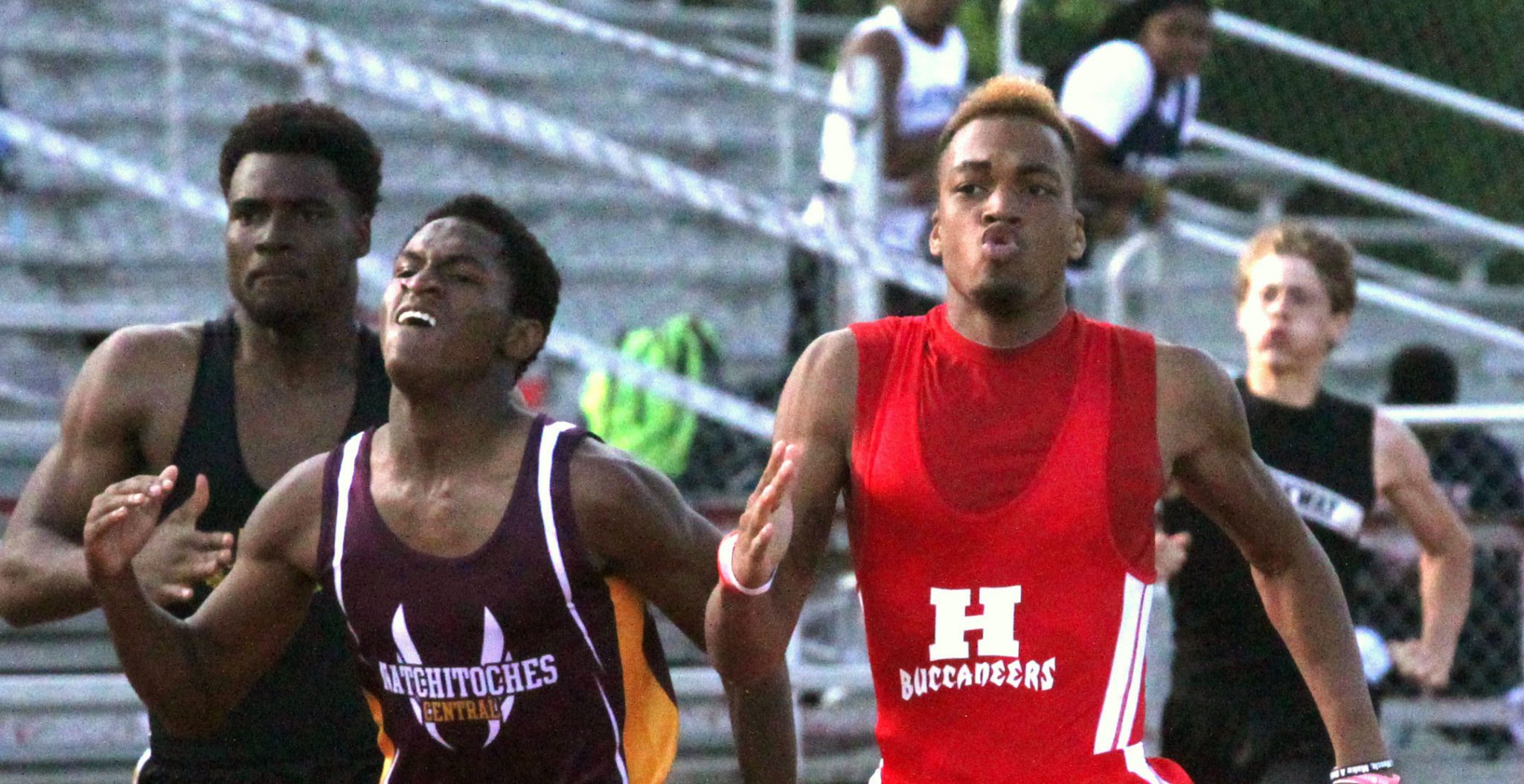 The Haughton Buccaneers and the Airline Lady Vikings won the boys’ and girls’ divisions in the Haughton Invitational track and field meet Thursday at Haughton.

The Bucs ran away with the boys’ title, scoring 132.5 points to 87 for runner-up Parkway. North DeSoto was third with 75.

The girls’ division was a bit closer. Airline scored 88 points, edging runner-up Natchitoches Central by four. The Lady Vikings pulled ahead by winning the final event of the meet, the 4X400-meter relay. They trailed the Lady Chiefs by six points entering the event.

Chase Grimsley, who set a school record in the pole vault with a leap of 13 feet, 3 inches, was one of three Haughton winners in the boys’ division. As usual, the Bucs piled up a lot of points with second- and third-place finishes in individual events and by winning two of the three relays.

Bossier’s Cartavia Cook took the long jump with a 22-7. Parkway’s Kameron Eloph won the shot put with a toss of 46-6.

Benton’s Collin Milton and Tyler McCallister finished 1-2 in the javelin. Milton won with a 157-0 to McCallister’s 155-2.

Haughton’s O’Shun Smith finished second to Haynesville freshman Jamarceon Jackson in the 400. Jackson ran a 51.13, nipping Smith at the finish line by four-hundredths of a second.

Benton’s Jordan White was second in the discus with a toss of 138-9. Haynesville’s Kendrick Jackson won with a 141-10.

The Haughton foursome of Woodard, Brown, D’Kovin Ware and Lister won the 4X100 relay in 42.12, almost a half-second faster than runner-up Natchitoches Central. Haughton also took the 4X400 in 3:26.62.

In the girls’ division, Airline freshman Brittney Roberson won the 200 and finished second in the 400. She also ran a leg on the winning 4X400 relay team along with her sister Jasmine. Both also ran on the runner-up 4X200 team.

Haughton’s Inez Green and Bossier’s Lazaria Lloyd finished 1-2 in the shot put with tosses of 34-11 and 34-2.5, respectively.

Parkway’s Chelsea Randle was runner-up in the high jump with a very good 5-0. North DeSoto’s Jessica Trammel won with a 5-6, one of the day’s top individual performances.