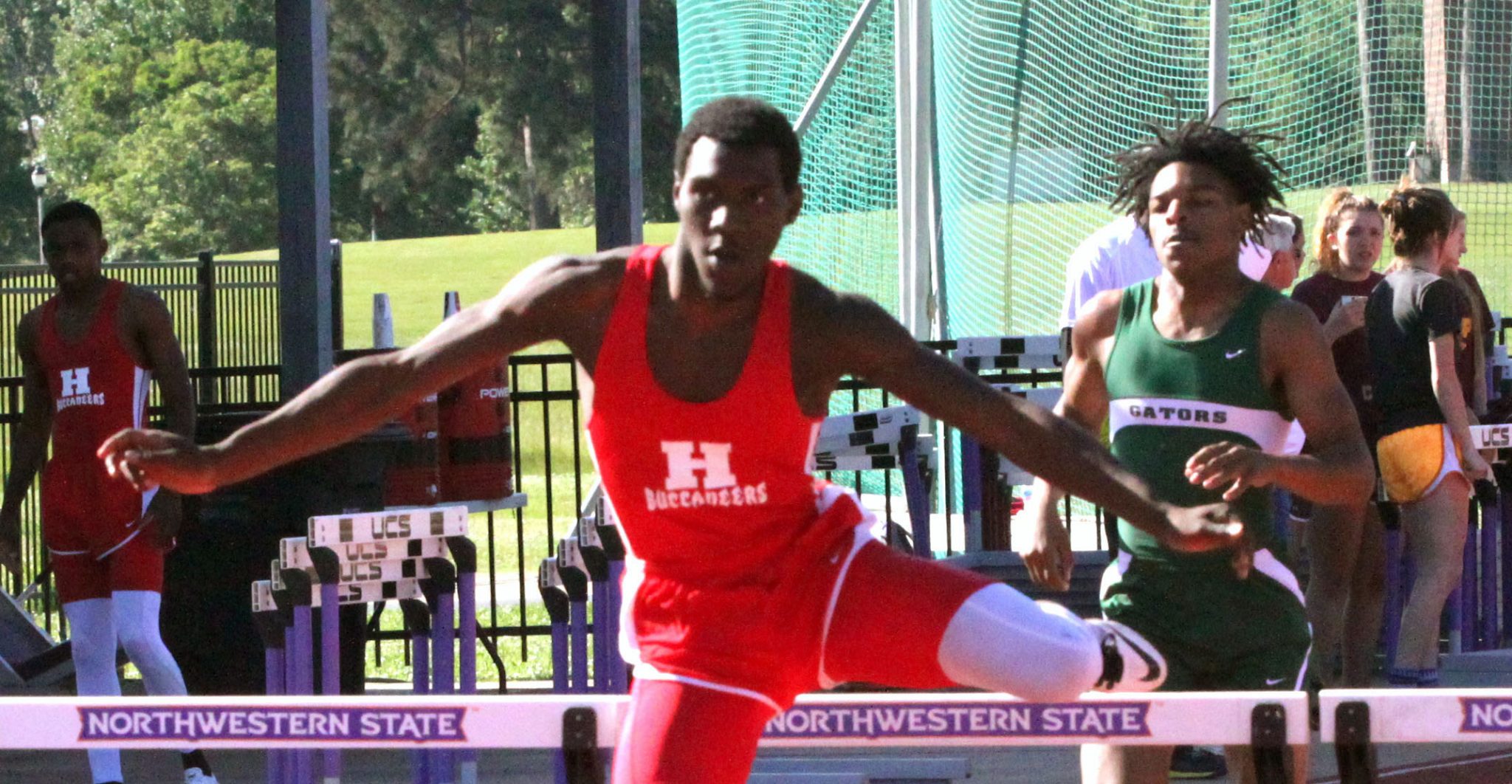 Wednesday, they returned to NSU for the Region I-5A track and field championships and the winning continued.

The top three individuals and relay teams qualified for the Class 5A state meet Saturday, May 9, at LSU.

Haughton’s Antonio Woodfork and Parkway’s Juwon Johnson were the only other individual winners from Bossier Parish schools in the boys division.

Last week in the District 1-5A meet, Woodfork edged Johnson in the 110. Johnson was hoping to get a rematch but it didn’t come off. Woodfork false-started and was disqualified.

Woodfork made up for it in the 300, breaking his own school record with a 39.04. He finished more than a second ahead of Captain Shreve’s Tarieek Anderson.

Airline’s Jack Griffin finished second in the discus with a toss of 136-6. Caden Cunninham of Acadian won with a 154-04.

Xavier Johnson, who finished third in the long jump with a 22-4, was the only other state meet qualifier from Bossier Parish in the field events.

McCoy, the MVP on The Press-Tribune’s All-Parish basketball team, also finished third in the triple jump with a 36-3, eight inches behind winner Turner.

Airline freshman Brittney Roberson qualified for state by finishing third in the 400 in 58.25. Natchitoches Central’s DeKayta Alex won in 57.06.

Haughton’s Inez Green also qualified with a third-place finish in the shot put. She threw 36-9. Serenity Lagardy of Natchitoches Central won with a 38-01.