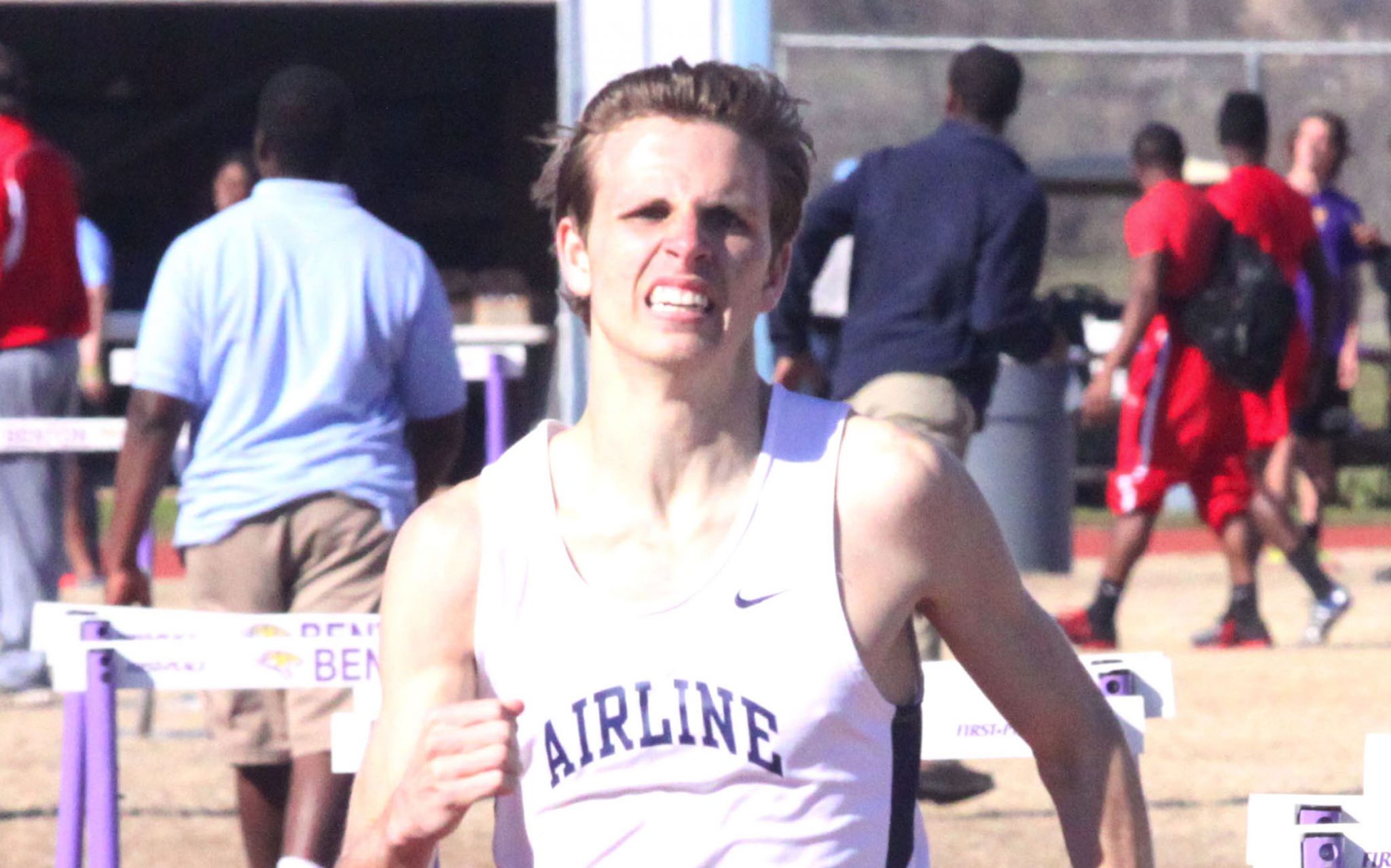 The Panthers scored 97 points to 84 for runner-up Natchitoches Central. Airline and North DeSoto tied for fourth with 64. Haughton, which is participating in the Yellow Jacket Relays Saturday and did not bring a full team, finished sixth with 55.5.

The Lady Panthers rolled up 133 points to 84.5 for runner-up North DeSoto. Airline was third with 76.5 and Haughton fourth with 66.

Alabama football signee OJ Smith of Airline won the shot put for the second straight week with a 49-1.

Airline All-Parish offensive guard Colton Prater won the discus with a 127-9. Haughton’s Jesus Santos took the javelin with a 142-7.

Airline’s Jasmyn Carswell was a double winner in the girls’ division, winning the triple jump with a 36-2 and long jump with a 16-3. In the latter event, she edged Louisiana New Tech at Plain Dealing’s Teauna Perry by a inch.

Reigning state champ Alison Ringle of Parkway ran the 3,200 for the first time this season and won easily in 11:09, two and a half minutes faster than her nearest competitor.