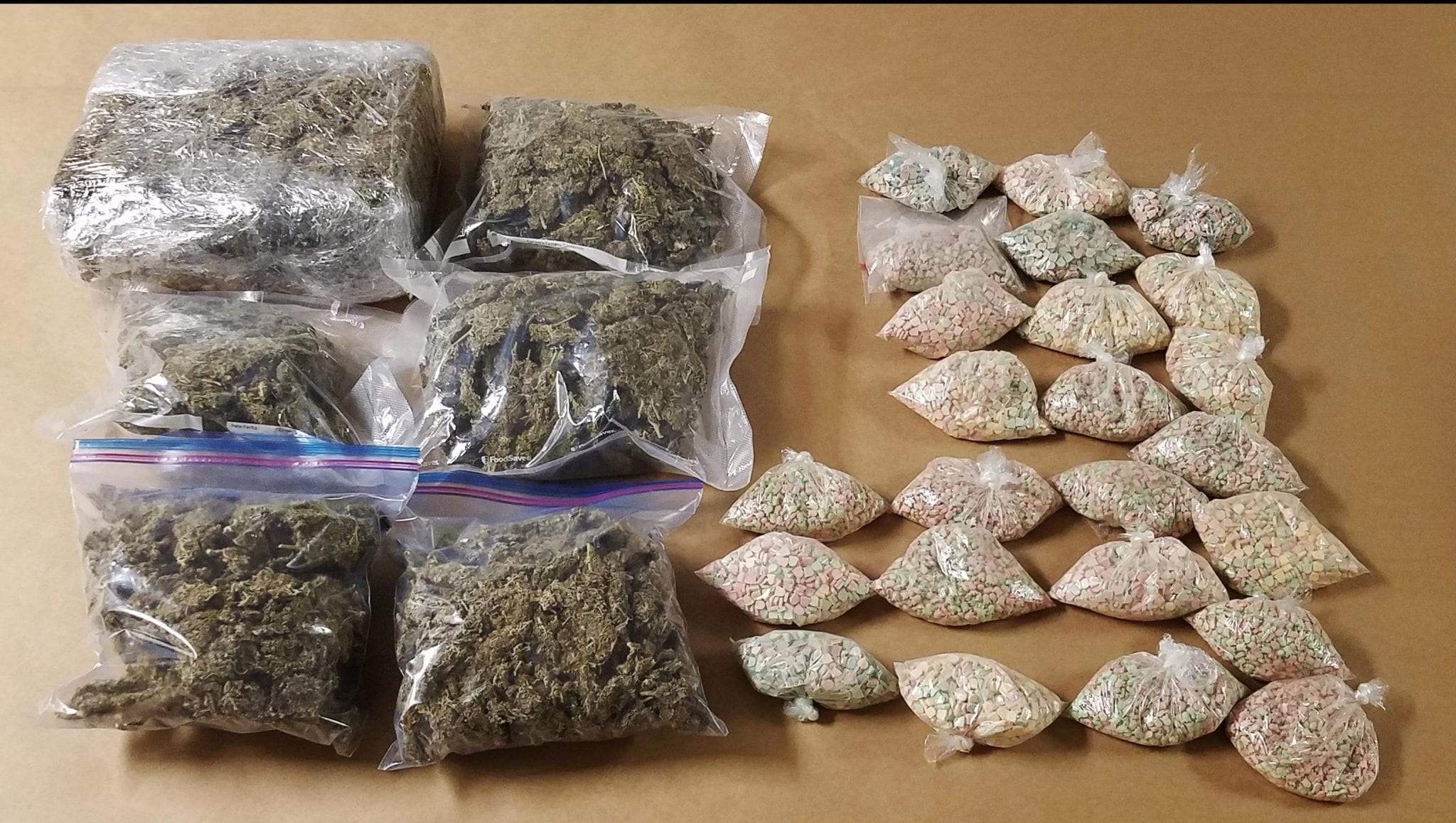 A traffic stop by a Bossier Sheriff’s Office patrol deputy early Wednesday morning on I-20 resulted in multiple drug violations with thousands of ecstasy tablets and about 10 pounds of marijuana.

Jerome R. Simmons, 44, of Houston, was charged on multiple drug violations after a Bossier deputy conducted a traffic stop on the vehicle he was driving eastbound on I-20 near the 30 mile marker around 3:20 a.m. Wednesday.

Simmons was charged with the following:

Simmons was transported to the Bossier Maximum Security Facility for booking; bond is pending.