Officers arrested Kedrick Lemoine Joseph, 29, of Bossier City after they stopped the 1996 Pontiac Sunfire he was driving near the intersection of McDade Street and Barbara Street just before midnight Monday. Upon pulling Joseph over, officers detected a smell consistent with the odor of burnt marijuana coming from inside his car. 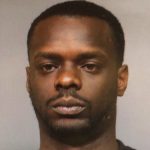 Police subsequently recovered 215 grams of what is considered to be “high grade” marijuana with an estimated street value of more than $5,000. Police also found 20 Ecstasy tablets inside the vehicle.

Officers arrested Joseph and booked him into the Bossier City Jail on charges of possession of marijuana with the intent to distribute and possession of ecstasy. Joseph’s car was also impounded.