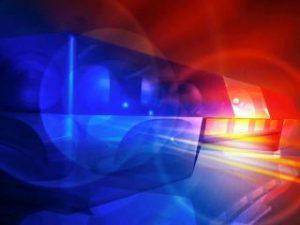 Vershun A. Lewis, 22, Kenyante (Ken-yan-tay) A. Lewis, 23 and Ticiera (Tye-see-air-ah) S. Jefferson, 24, all of Bossier City were arrested Friday on charges of monetary instrument abuse after Bossier City police including members of Special Operations Services (formerly known as SWAT) executed a search warrant this morning at their residence in the 700 block of Dickerson Street.

Detectives obtained the search warrant as part of an investigation that began in early January into counterfeit $100 bills that had been pasted at the Home Depot in the 2800 block of Airline Drive and Old Navy in the 2700 block of Beene Boulevard. Upon executing the warrant police located counterfeit money at the residence and took the three suspects into custody.

Along with the monetary instrument abuse charges, Vershun Lewis and Jefferson were also arrested for contributing to the delinquency of juveniles since they had minors with them at the time they passed the counterfeit money. All three were booked into the Bossier City Jail. The trio also faces similar charges in Shreveport for passing bogus bills there.

The Bossier Financial Crimes Task Force is continuing its investigation.