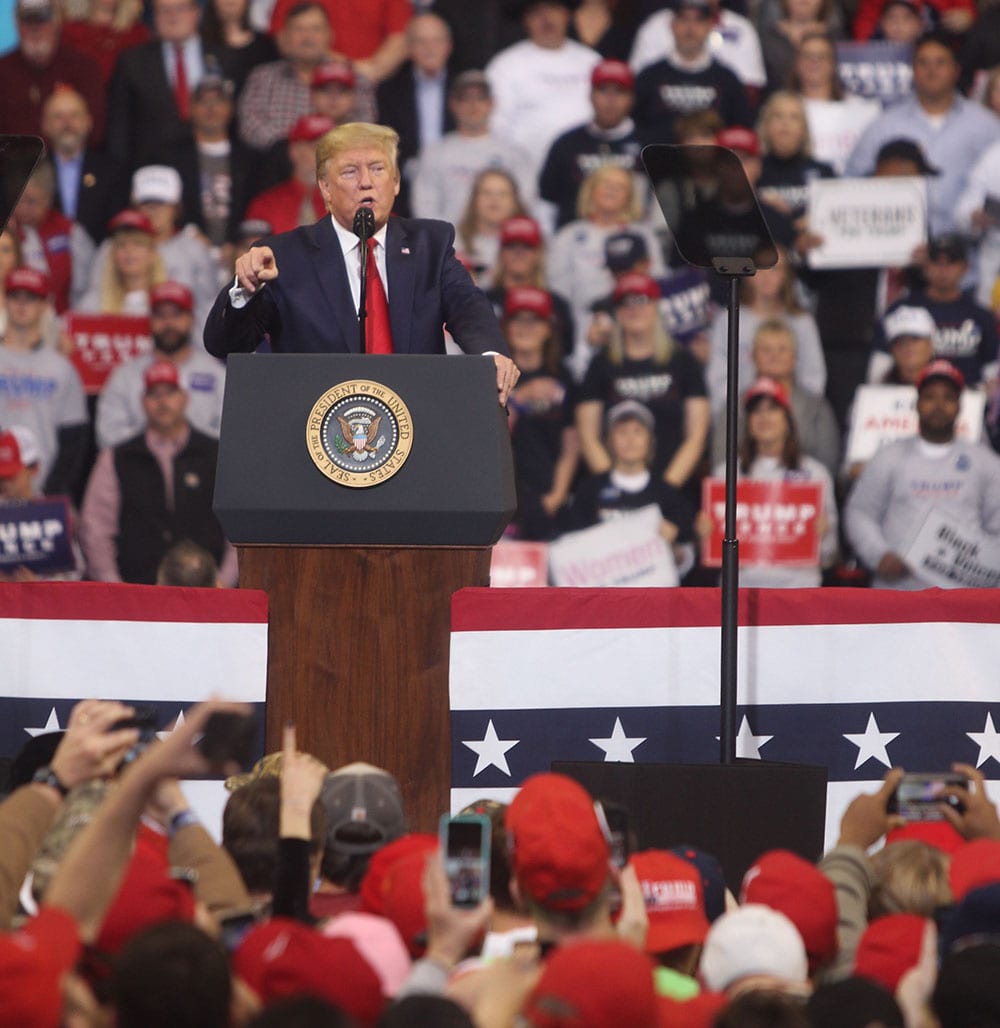 Days away from the elections which will decide Louisiana’s governor, President Donald Trump made a visit to Bossier City Thursday night in support of Republican candidate Eddie Rispone.

Trump told a highly energetic crowd of nearly 14,000 at the CenturyLink Center that Louisiana can send a message to the nation by voting for the conservative businessman and unseating Democratic Gov. John Bel Edwards on Nov. 16.

Trump said the race is a symbolic referendum on his presidency, which he said is under attack by Democrats who’ve started impeachment hearings in the House. He said a Rispone victory would send “a rebuke” to liberals.

“Their sinister plans will fail,” Trump said of the Democrats. “In two days, I really need you to send a message to the corrupt Democrats in Washington.”

He followed that up by calling them “crazy.”

“(Tell them) that you’re not going to let them destroy our country. You have to let them know it,” Trump added.

And, that can be done, Trump said, by electing Rispone.

“You’ve got to give me a big win, okay?” Trump told the crowd.

The President also said that Rispone in office will mean great things for Louisiana.

“It’s a close one and you’re going to have a great Republican governor who’s going to bring down car insurance, bring down taxes,” Trump said. “You need to replace the radical liberal (John Bel Edwards) and replace him with Eddie Rispone.”

President Trump then introduced Rispone to the crowd.

“We have to fire our liberal, socialist leaning governor, John Bel Edwards,” Rispone said. “You can vote for me and send a message to Washington.”

Rispone concluded, “We love President Trump and he loves Louisiana.”

Congressman Mike Johnson, who was at the rally and showed support to Rispone, did not speak during the rally. But he did convey a message on his Facebook page shortly after the president’s convoy left the CenturyLink Center.

“Taking off again in Air Force One. The president said he loves Louisiana! Thank you, everyone!,” Johnson’s Facebook post said.