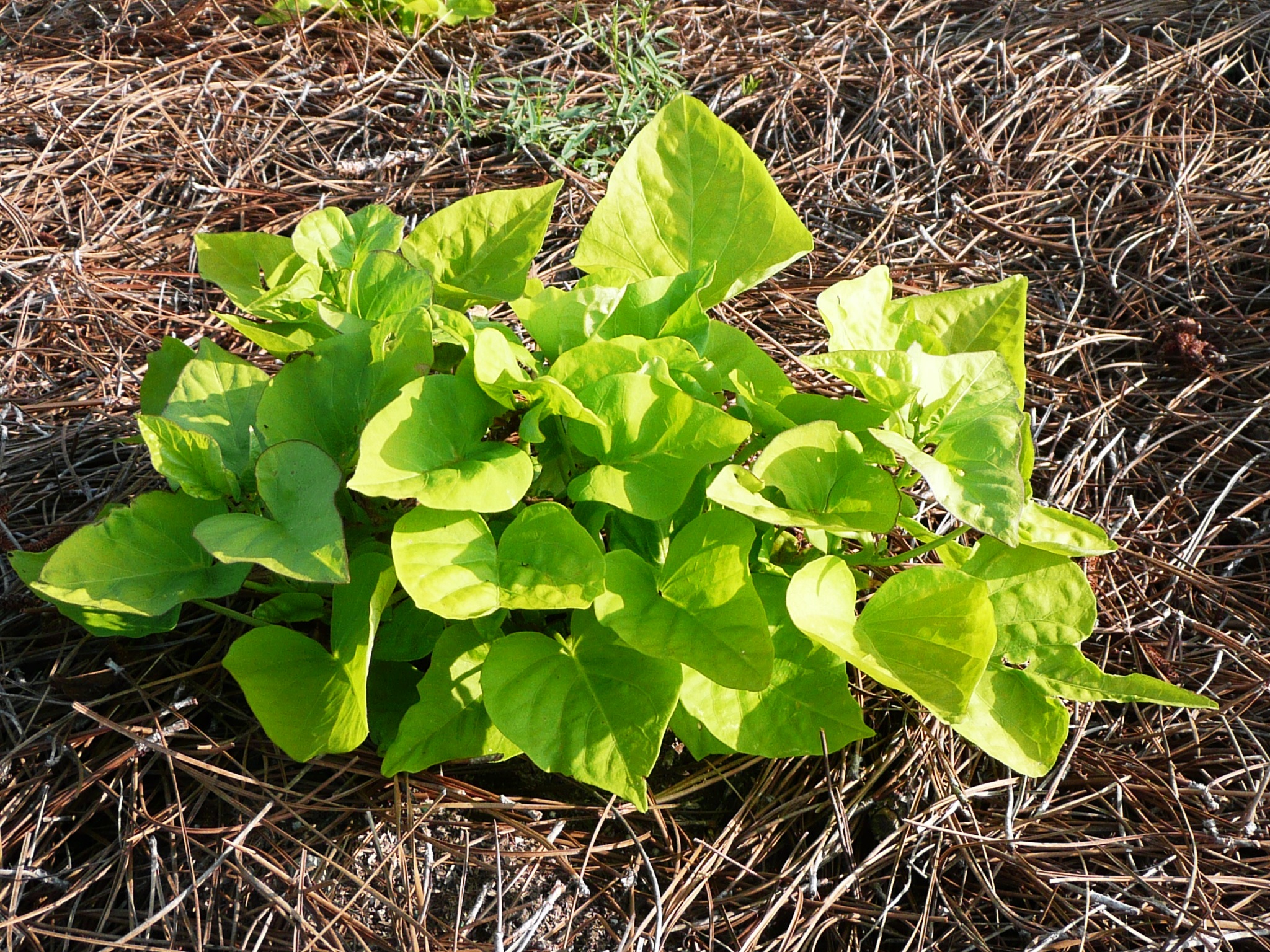 We are generally interested in something to eat when we grow vegetables. In some cases, however, certain vegetable varieties have been bred and selected for their ornamental characteristics rather than food quality. To distinguish vegetables grown for their looks rather than their eating quality, the word “ornamental” is placed in front of their name, such as ornamental cabbage, ornamental kale and ornamental peppers.

For the summer flower garden, ornamental sweet potatoes (Ipomoea batatas) make a delightful, attractive addition. They love the intense heat of our summers and should not be planted until the daytime highs are in the 80s. May through August is the perfect time to add them to your landscape.

Like their edible relatives, ornamental sweet potatoes are vining plants related to morning glories, but the ornamental types are grown strictly for their attractive foliage. They do produce fleshy tuberous roots like their edible counterparts, but the quality of the roots is really not suitable for eating.

These easily grown plants work well as a low-growing bedding plant, a ground cover, in hanging baskets and other containers or trained to climb a support. The growth on these plants is vigorous once they get established, and they can be used to cover large areas of landscape beds. They also look nice weaving among other flowers or shrubs if kept under control.

Most varieties of these enthusiastic plants are not the best choice for small beds or detail work because they will outgrow those situations. But a few of the newer types have been selected to be less vigorous or produce shorter vines.

Ornamental sweet potatoes generally will not flower under normal garden conditions. Although attractive, the small, lavender, trumpet-shaped flowers would not contribute much to the display if they did. The colorful foliage is the big show, and it is produced until the first frost at which time these plants go dormant – dormant, not dead. Once planted, ornamental sweet potatoes will generally return from their perennial roots year after year.

Ornamental sweet potatoes do best and are most colorful in locations that receive full to part sun (about six hours or more of direct sun).They will grow in shadier conditions, but the vines will not be as vigorous and the color may not be as intense. Average garden soil, fertility and watering will keep these undemanding plants happily growing all summer.

Although relatively carefree, there are a few problems to watch out for. Pest problems include the sweet potato looper – a caterpillar that chews holes in the leaves – and the sweet potato whitefly. Control the looper with occasional applications of an insecticide containing Bt, spinosad or carbaryl (Sevin). Sweet potato whitefly can be controlled with Year Round Oil (spray under the leaves in early morning when it’s cool), Talstar, malathion or acephate (Orthene). Problems are generally minimal.

In Louisiana, distribution of ornamental sweet potatoes into sweet potato weevil-free areas of the state where sweet potatoes are commercially grown is regulated by the Louisiana Department of Agriculture and Forestry. This involves parishes in northeastern Louisiana.

You will still see older varieties in the nurseries, such as Blackie, with unusually shaped deep purple leaves; Margarita, known for its lime green or chartreuse, heart-shaped leaves; Tricolor, with light green, pink and white foliage; and Black Beauty and Ace of Spades, which both have dark purple, heart-shaped leaves.

The Sweet Caroline series of ornamental sweet potatoes was selected at the J.C. Raulston Arboretum in North Carolina and released in the early 2000s. The series has four colors: green-yellow, purple, red, light green and bronze. All of the colors have deeply lobed leaves similar to Blackie.

The Sweet Caroline Sweetheart series (with heart-shaped leaves) is available in light green, red and purple, while the stand-alone Bewitched variety has maple-leaf-shaped, purplish-black foliage.

Introduced in 2009, the Sidekick series from Syngenta Flowers is available in black and lime colors with different leaf shapes. The lime-colored variety is lighter in color than the chartreuse-lime green foliage of Margarita, and the growth habit is low-growing and less spreading. Desana is another series with new colors, leaf shapes and compact types.

The new Illusion series from Proven Winners is probably the most unique of the new introductions to date. They have thread-leaf foliage and are smaller-growing and much less vigorous than any others on the market. Illusion is available as Emerald Lace, Midnight Lace and Garnet Lace.

The LSU AgCenter Hammond Research Station is currently evaluating the landscape performance of these and other varieties.