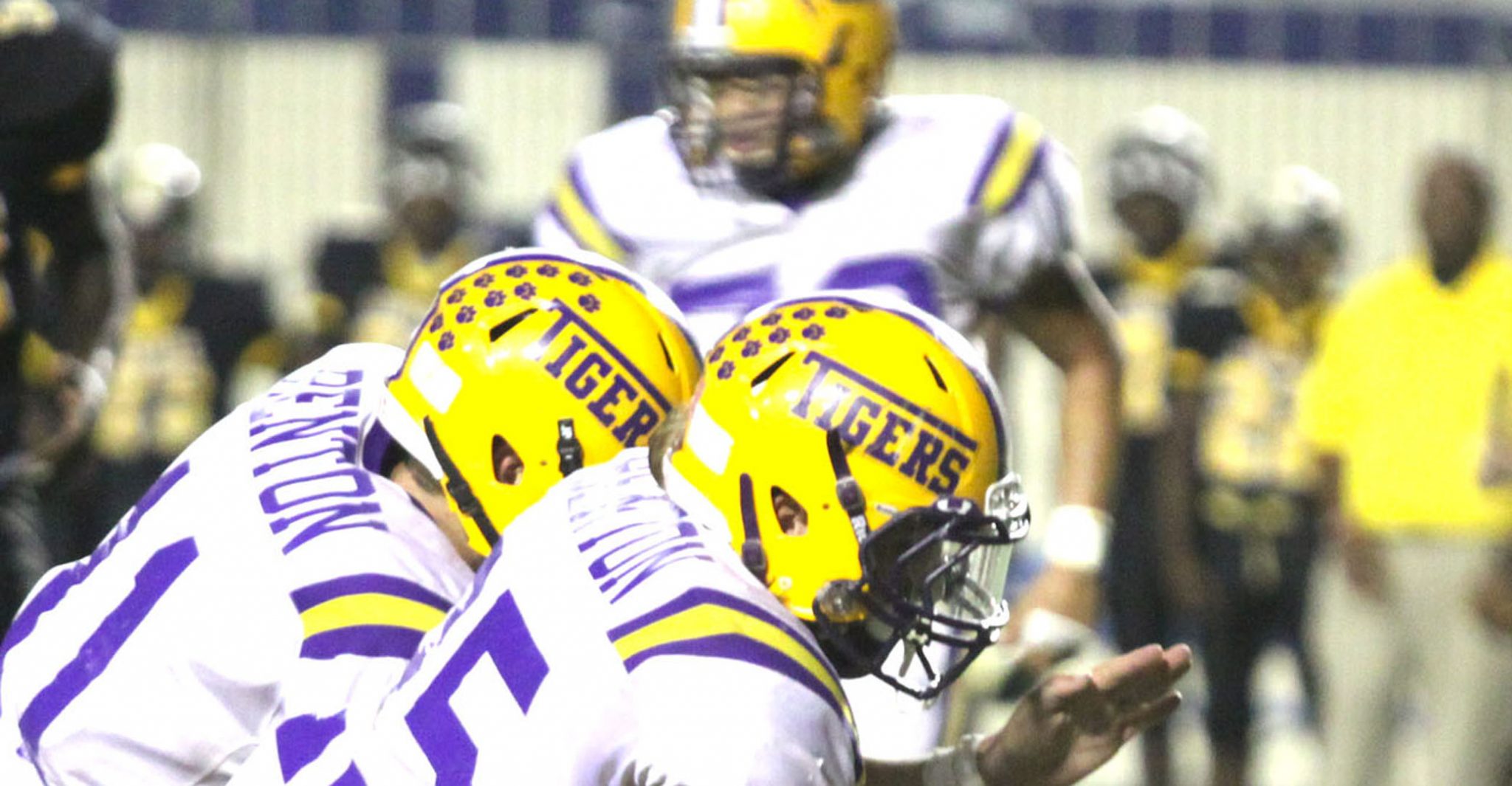 The way Benton first-year coach Reynolds Moore sees it, his Tigers could easily be 3-0 and on top of the District 1-4A standings instead of 1-2.

The reason the Tigers are 1-2 comes down to one thing, Moore said — turnovers.

For the second straight week, the turnover bug bit Benton in a 38-19 loss to Fair Park on Friday at Independence Stadium.

“I don’t want to say we controlled the game, but we certainly played well enough to win without a turnover,” Moore said.

Benton couldn’t have gotten off to a much better start.

The Tigers drove 97 yards for a touchdown on their first possession.

Jordan Shaffer, who completed his first 14 passes, connected with Clayton Festavan from 11 yards out and the Tigers led 7-0.

But Fair Park scored 26 straight points to take a 26-7 lead. The Tigers to within 13 on a 9-yard pass from Shaffer to Kordy Stewart late in the third quarter.

The Indians answered with a 90-yard touchdown drive to go up 32-13.

Wynne caught touchdown passes of 11 and 22 yards. His height and leaping ability were a big advantage for the Indians against the smaller Benton defensive backs.

“I would have almost rather have been in third-and-5 (situations) than third-and-15, because every time they were in long yardage they just threw it up to him,” Moore said. “Even when we were in good position we couldn’t do anything.”

Shaffer had a huge night, completing 40 of 48 passes for 261 yards. He had two interceptions, but one was a deflection that a Fair Park player picked off the Benton receiver’s back when he was on the ground.

While winning the district title is certainly a long shot now, Moore said the Tigers still have some achievable goals with four games left.

“We’re certainly not out of anything yet, not out of the playoffs by any means,” he said. “We still have a lot to play for, including homecoming this week.

“I think people are frustrated. But I think there’s kind of a sense of that we don’t have to panic, that things are going pretty well if we can just hold on to the football.”