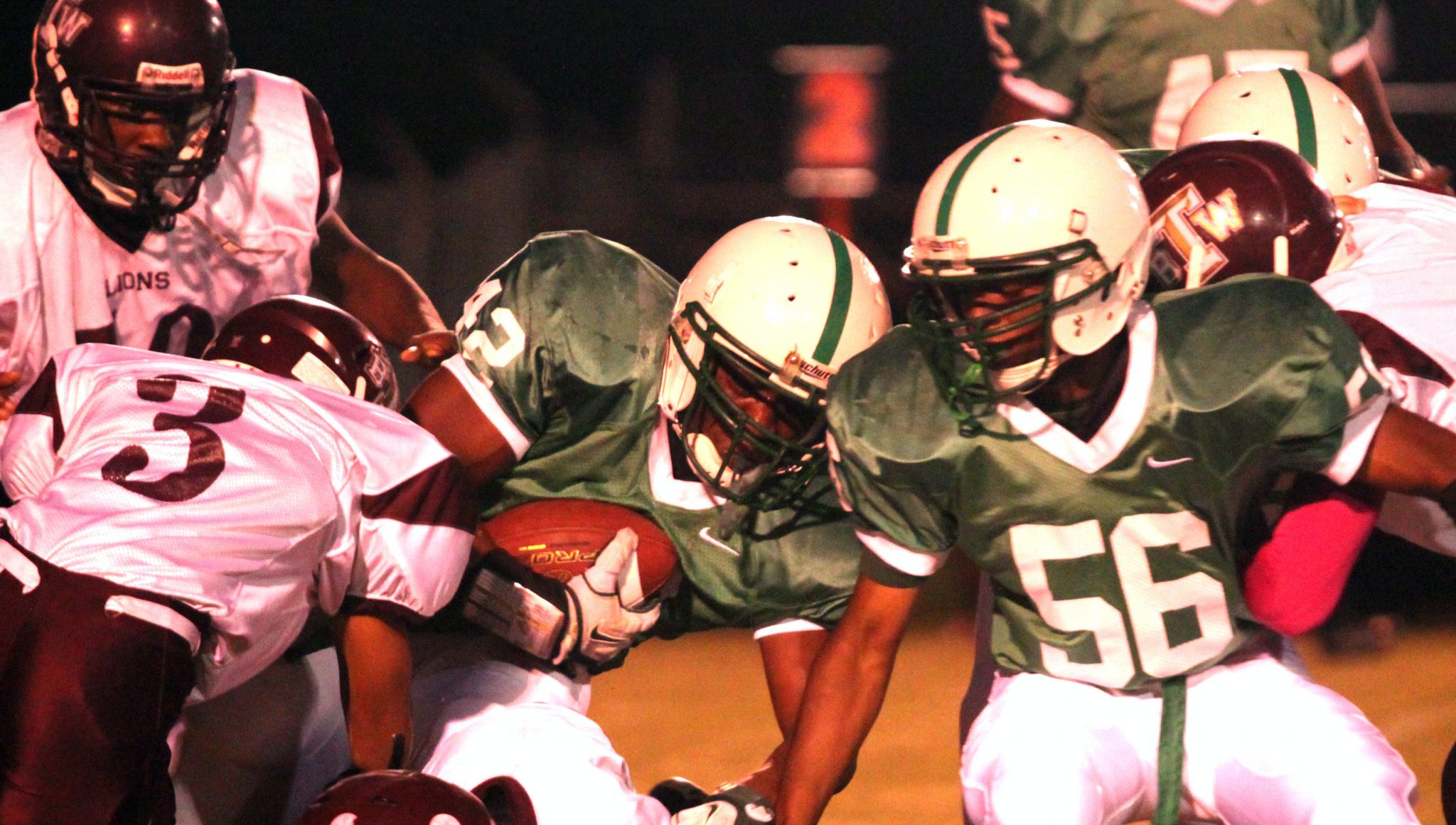 The Bossier Bearkats and the Booker T. Washington Lions went into Friday’s game at Bossier’s Memorial Stadium both looking for their first win of the season.

Unfortunately for the Bearkats, it was the Lions who came out on top 30-16 in Bossier’s homecoming game.

Bossier had two good chances to score in the first half. The Bearkats drove deep into BTW territory behind the running of Brandon Harris, Avery Jones, Isaiah McKinsey and Aareon Smallwood.

On third down, McKinsey bulled his way inside the 5-yard line but a penalty nullfied the play. On fourth down from the 11, the Lions intercepted a Keimun Daniels pass and returned it to the Bossier 8.

BTW’s Lytavious Anderson scored on the next play. Anderson caught a two-point conversion pass from Joshua Horton to make it 8-0 with 1:58 left in the first quarter.

Bossier also advanced to the Lions 25 but a pass on fourth-and-10 fell incomplete.

A kickoff return to the Bossier 22 to open the second half set up the Lions’ second TD. Horton passed 15 yards to Deandre Washington. He then hit Ontario Collins for the conversion and BTW led 16-0.

Bossier quickly got back in the game, taking four minutes to drive for a TD. The big play was a swing pass from Daniels to Brandon Harris, who took the ball deep into BTW territory.

Aaeron Smallwood got the TD on a 2-yard run. McKinsey scored the conversion and Bossier trailed 16-8 with 7:00 left in the third quarter.

After that, the game turned the Lions’ way for good. Washington took a swing pass from Horton and turned it into a 37-yard TD. The two-point conversion gave the Lions a 24-8 lead with 4:50 left in the third.

On Bossier’s next possession, BTW’s Marvontae Alexander returned a fumble 40 yards for a touchdown. The try for two failed, but the Lions still had a commanding 30-8 lead.

Smallwood scored Bossier’s final TD on an 11-yard run with 5:48 left in the game. McKinsey got the conversion for the final margin.

But the Bearkats couldn’t overcome the huge first-half interception, three lost fumbles and the penalty that potentially kept them out of the end zone in the first half.