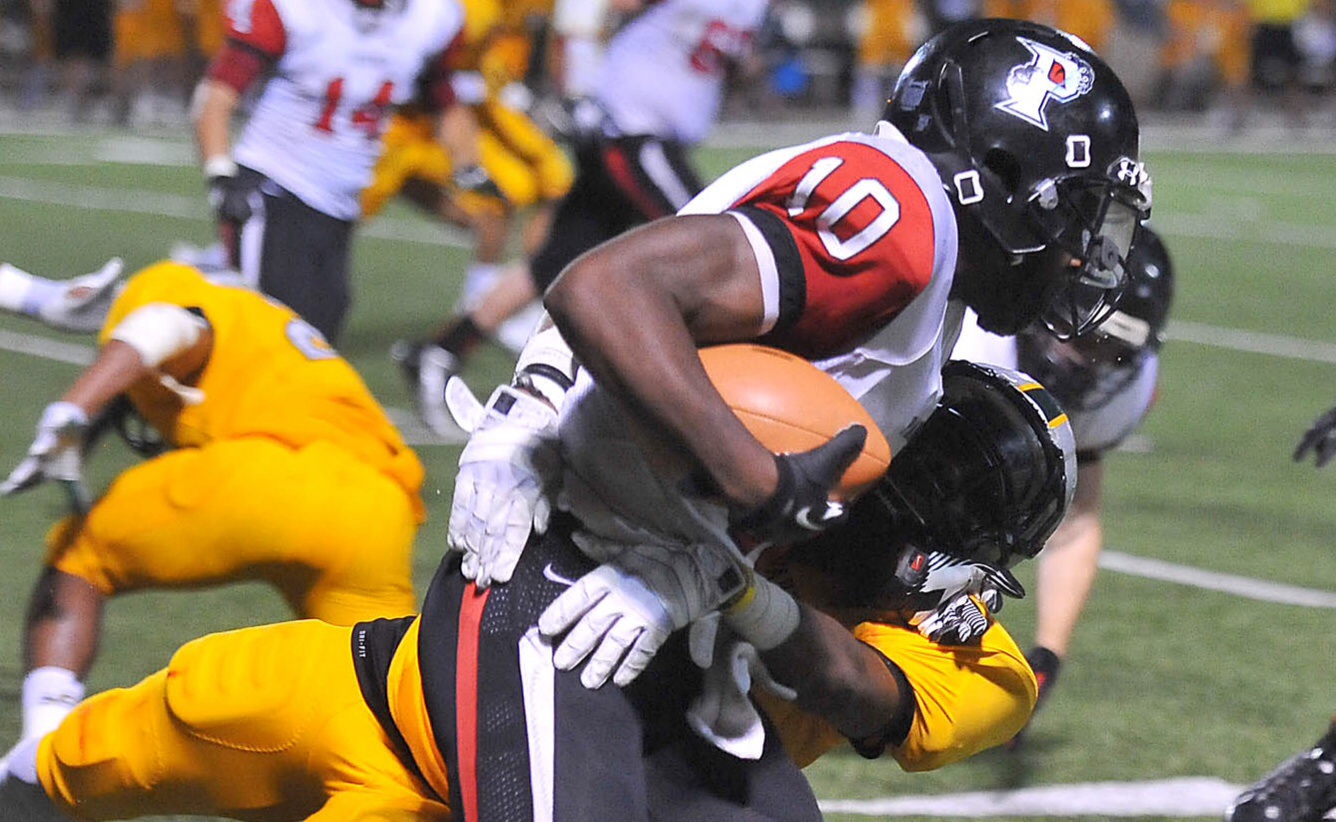 One of the main things coaches at any level of football preach is winning the turnover battle because whoever does usually wins the game.

That was certainly the case Thursday night at Calvary Baptist’s Jerry Barker Stadium. The Parkway Panthers turned the ball over seven times and forced only one in a 46-27 loss to the Cavaliers in the season opener for both teams.

Two of the turnovers came inside the Calvary 11 and almost certainly cost the Panthers’ touchdowns. Another came late in the first half. Calvary scored with 6.5 seconds left to take a 19-14 halftime lead. Calvary’s Rodarius Williams also returned an interception 80 yards for a TD with Parkway trailing 26-20.

Calvary, the defending Division II state champion, avenged a 55-16 loss to Parkway last season. The Cavaliers came into the game ranked No. 1 in the Class 2A preseason poll. Parkway, last season’s Class 5A runner-up, was ranked No. 3 in a Class 5A.

The amazing thing is that despite the turnovers, Parkway was very much in the game in the fourth quarter. Jared Lancaster’s short touchdown run and PAT cut Calvary’s lead to 33-27 early in the quarter.

But Orlando Bradford broke loose for a 45-yard touchdown run to give the Cavaliers a 39-27 lead with about eight minutes left in the game.

When junior quarterback Keondre Wudtee threw his fourth interception on fourth-and-9 from the Calvary 45 it was all but over.

Wudtee had a rough debut. He also lost two fumbles and missed some open receivers. But Wudtee also did some good things. He threw two touchdown passes to Artavious Lynn and had some nice runs, including one on a fourth-and-4 in the second half.

Parkway opened the game by driving 80 yards for a score. The Panthers had a chance to extend the lead after Wudtee and Stacy McCray hooked up on a 76-yard screen pass that gave the Panthers a first and goal.

But Wudtee fumbled on a broken play and Calvary recovered.

Wudtee’s first interception led to Calvary’s first score, a 40-yard pass from Shea Patterson to Shun Brown. Patterson, Brown and Bradford are all big-time college recruits and all three showed why.

Brown made many big catches in the first half and finished with three touchdowns. Bradford got off to a slow start against a fired-up Parkway defense. But he caught one touchdown pass and ran for two others.

Several Panthers had their moments.

Dante Williams blocked a punt and recovered it in the end zone for a touchdown to give Parkway a 14-7 lead in the second quarter. Juwon Johnson ran for a first down on a fake punt to keep a scoring drive alive.

The teams combined for more than 900 yards total offense. Parkway had 439 and Calvary had
471. The Cavaliers had a balanced attack with 238 rushing and 233 passing.

Williams and Willie Johnson led the Parkway defense with eight tackles each. Lloyd Cole had seven and Hunter Huckaby five.

Parkway will have a little bit longer than usual to correct their mistakes.The Panthers don’t play again until a week from Saturday when they face Marshall, Texas, in The Battle on the Border at Independence Stadium.