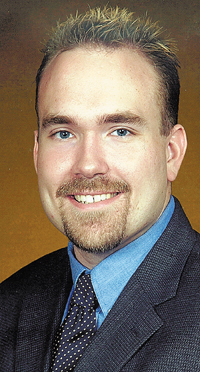 I do not pretend to know someone else’s pain. But I can scarcely deny that the hardest moments in my own life have centered on loss. The loss of trust, the loss of finances, the loss of hope, and the worst of all, the loss of a loved one.

You learn a lot. And what you learn may not always be what you’d like to know when you start to pull yourself out of the mire.

We do things of which we are not proud. We say things that we wish could be unspoken. Grief and anger are emotions that take on a life all of their own. They can consume, they can cloud, and they can deceive. Grief and anger bring out the worst in us. They lead to rash decisions; in the past they have been the cause of mobs, riots and mass destruction on a shocking scale.

But to the individual, grief and anger can be a pit. They can be an abyss of darkness and despair. The thing about a hole is that no matter how long it takes to climb out, it’s a lot easier and quicker to fall right back in. But if you make it out of that pit, and stay out for a while, an even uglier cousin follows grief and anger.

His name is shame.

You may wonder what I’m rambling about here. Truth is, I’m not sure. I’ve been thinking about loss lately, about perceived fairness and the always perceived inequitable distribution of good fortunes. It’s a common human trait, the perception of being mistreated, of being wronged and that you are forsaken. You are not forsaken. None of us are. That’s the hardest part sometimes. Coming to that conclusion can bring the shame as sure as summer brings storms in the Gulf.

I have a friend, a writer who worked for the newspaper in Shreveport. I still have one of his final columns before he moved on. He had been wrestling with some personal demons, things of which he was not proud. And while he spoke in generalities, the message was clear. He was sorry to those he had wronged, and he forgave those who had wronged him.

One of the lines he used, taken from a film, is a reminder for us all: “Hope is a good thing, maybe the best of things, and no good thing ever dies.”

And while we need to remember those words, the one thing I want to leave you with is the following thought.

The two most beautiful words in any language are: I forgive.

I realize that. So, I say, I forgive.

Josh Beavers is publisher of the Minden Press-Herald.