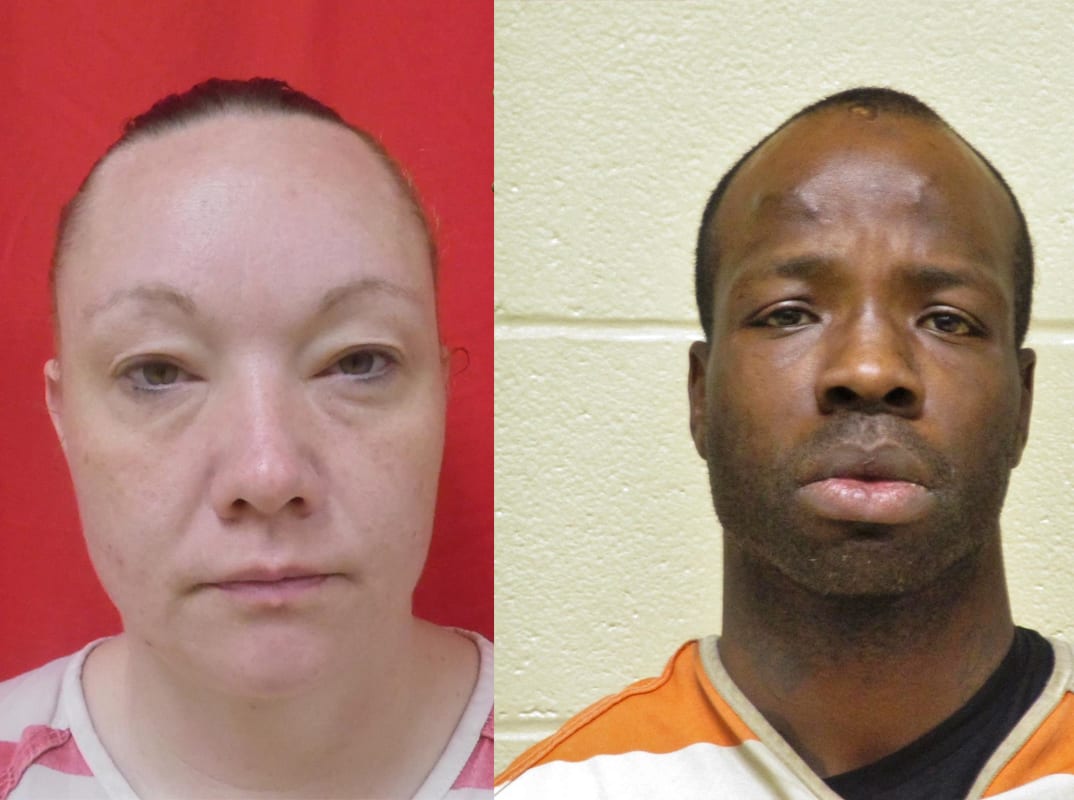 A couple of burglars who broke into a Haughton area convenience store and stole about $2,500 worth of cigarettes early Sunday morning were quickly caught, thanks to a joint effort between Bossier deputies and Haughton police officers.

Just after 3 a.m. Sunday morning, Gayland Brown, 38, and Amanda Vineyard, 38, of Henderson, Texas, stopped by the Neighbor’s Travel Plaza Exxon, located at 6050 Highway 157, in the Haughton area.   Brown threw a brick through the rear glass door of the convenience store, entered the store and stole a large quantity of cigarettes.  He loaded the cigarettes in their vehicle where Vineyard was waiting in the back, and they departed the scene.

While Bossier patrol deputies were enroute to the scene of the burglary, a Haughton Police Department patrol unit initiated a traffic stop on a vehicle on an unrelated matter on South Elm St. in Haughton.  The officer noticed the vehicle had a license plate that was folded in and not readable.  A Bossier deputy also joined in the traffic stop after a Haughton PD K-9 alerted on the vehicle for suspected drugs.  During their search of the vehicle, the officers found suspected marijuana, methamphetamines, and a clear glass smoking device.  The driver of the vehicle also had a suspended driver’s license.   Another discovery in the vehicle – a large quantity of cartons and packs of cigarettes.

Bossier deputies and Haughton officers quickly realized the traffic stop and burglary were connected.  Bossier detectives took Brown and Vineyard into custody for questioning, and the couple admitted to the burglary.

Vineyard was charged with Principal to Simple Burglary, and her bond is $15,000.

Sheriff Whittington and Haughton Police Chief Todd Gibson echoed the same sentiment about the teamwork between the agencies in this case.

“The heads-up action in making that traffic stop by the Haughton officers proved beneficial in quickly solving this burglary,” said Sheriff Whittington.  “Our patrol deputies, detectives and crime scene investigators were quickly processing the crime scene to find out who the culprits were.  Fortunately, the traffic stop made by Haughton PD goes to show how observant police work can really make a difference.”

Bossier detectives are continuing their investigation.