As the result of an investigation generated by a tip, detectives obtained arrest warrants for Noel Wayne Smith, 46, of Praireville, and Tamara M. Amo, 46, of Spokane, Washington on armed robbery charges. 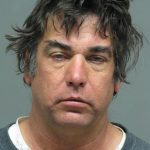 The incident happened just before 4:30 a.m. Tuesday, Nov. 26 after the two suspects allegedly asked two male victims for a ride while they were getting gas at the Circle K store on Barksdale Boulevard at Hamilton Road. The victims agreed and as they drove with the suspect heading north on Hamilton Road near the intersection of East Texas Street, the female suspect pulled out a handgun and robbed the victims of their car, a 2012 Hyundai Elantra, along with an undisclosed amount of cash and two cell phones. The two suspects then drove off in the stolen car.

Detectives located Smith in Bossier City last Friday and took him into custody. Amo was picked up that same day by authorities in Lafayette, Louisiana after Bossier City detectives learned of her location. Smith was booked into the Bossier City Jail and subsequently transferred to the Bossier Parish Maximum Security Facility. Arrangements are being made to extradite Amo to Bossier City. Police also recovered the stolen vehicle in Shreveport.