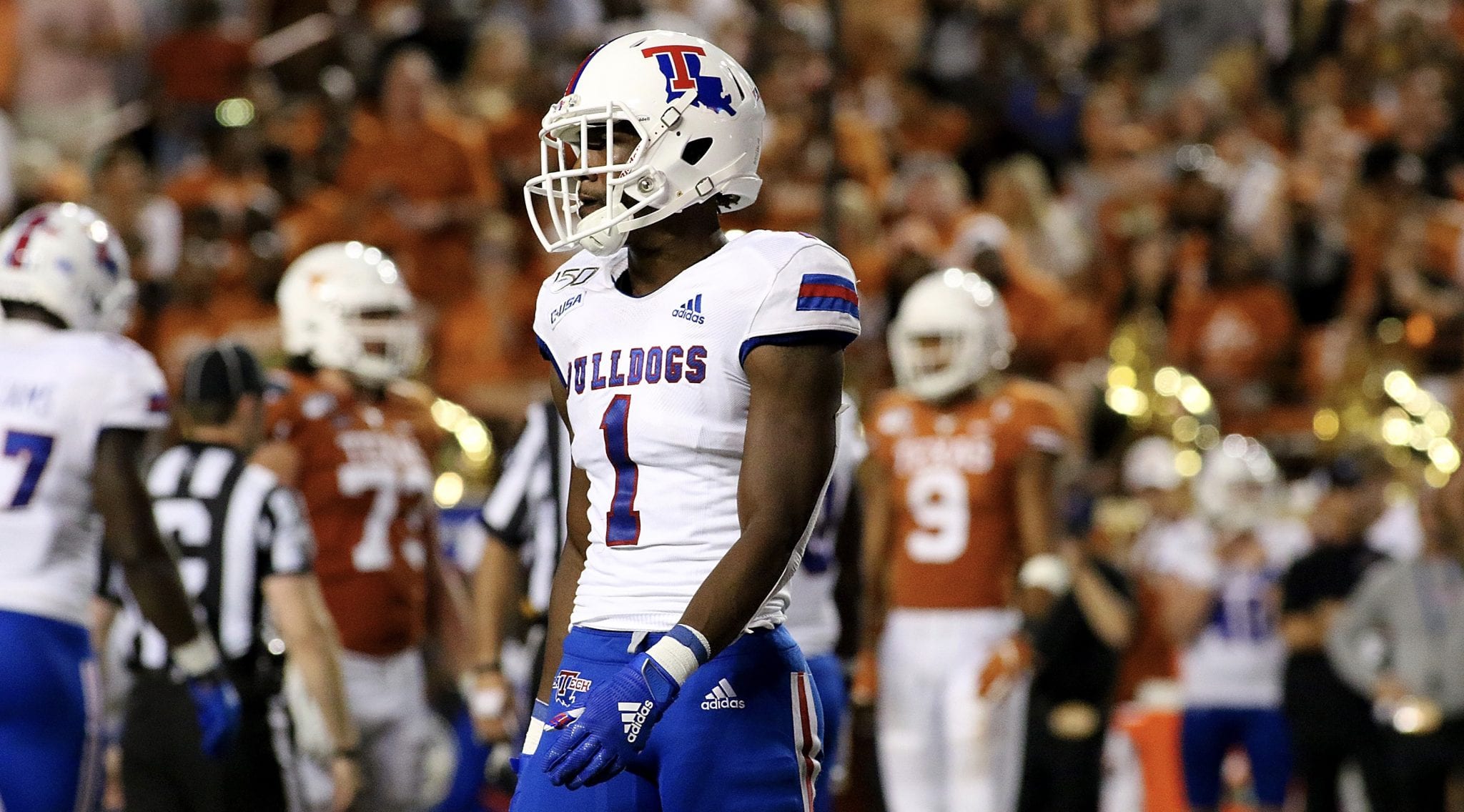 The Independence Bowl champion Louisiana Tech Bulldogs had two players selected in the NFL Draft and they went back-to-back.

Former Minden High Star L’Jarius Sneed, a safety, was drafted by the Super Bowl champion Kansas City Chiefs in the fourth round Saturday, the draft’s final day. He was the 138th pick overall.

Cornerback Amik Robertson was taken by the Las Vegas Raiders with the 139th overall pick.

“Size. Speed. Work ethic. Versatility. He has played two years at corner for us and two years at safety,” said Tech head coach Skip Holtz of Sneed.  “He has position flexibility. And when you look at NFL rosters and they only carry six defensive backs, that’s a huge plus. He can play anywhere on the back end.”

Sneed ran the 40-yard dash in 4.37 seconds at the NFL Combine, saw action in 51 games for the Bulldogs during his career, making 33 starts between safety and cornerback.

In his final high school, Sneed played a big part in one of the best games of the 2010s in Bossier Parish. In 2015, Snead, who played on offense, defense and special teams, caught nine passes for 292 yards and four touchdowns in a 40-34 loss to the Benton Tigers.

After Benton took the lead on a fumble return in the final minute, Sneed almost returned the kickoff for a touchdown.

“I told him when we walked through the line I’m so stinkin’ glad he’s a senior,” Benton coach Reynolds Moore said after the game. “That kid can run. You could put me on a rocket ship and I couldn’t run that fast. That kid can go.”

Robertson, who is foregoing his senior year, started all four years at cornerback for the Bulldogs. In just three seasons, he totaled 183 tackles, 23 tackles for loss, four sacks, 48 pass break ups and 14 interceptions.

He did not play in the Bulldogs’ 14-0 victory over Miami in the Independence Bowl.

“Confidence. Competitiveness. Work ethic. Passion. Intensity. He has all the intangibles,” Holtz said.  “He is a very talented player with great quickness. He has great ball skills. He was a turnover machine for us the last three years.”

Robertson racked up 265 yards of return yardage on his 14 interceptions, including three returns for touchdowns. He ranks No. 2 in Tech history in interceptions despite playing just three seasons.

The Thibodaux native earned first team All-American honors as a junior by both the Football Writers Association of America (FWAA) and Pro Football Focus while earning second team honors by the Associated Press and The Athletic. He was named a Freshman All-American in 2017 by the FWAA.