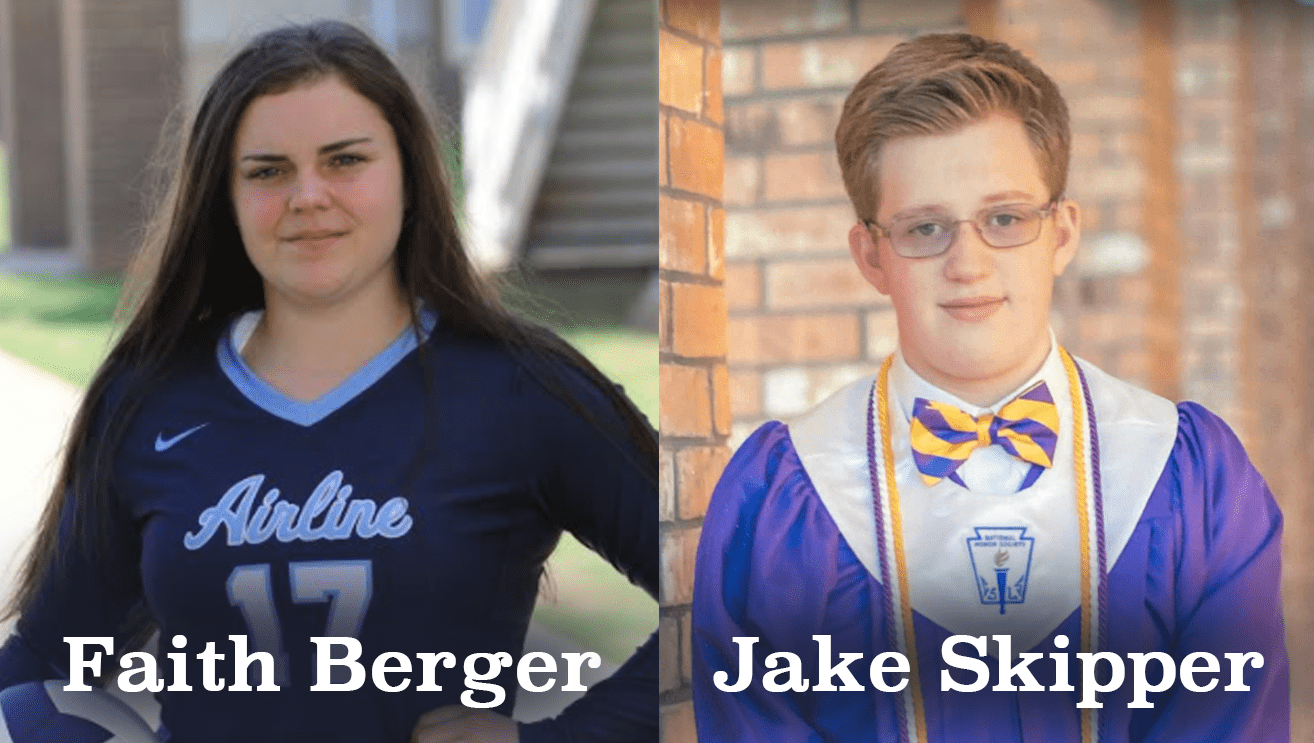 Airline High senior Faith Berger and Benton High senior Jake Skipper have been singled out among some of the nation’s most distinguished 12th graders and named Career and Technical Education (CTE) candidates for the 2021 U.S. Presidential Scholars Program.

Both students recently completed courses at Bossier Parish School for Technology and Innovative Learning (BPSTIL) where Berger was in the Instrumentation and Controls course and Skipper was enrolled in Computer Programming.

Aside from the excellence shown in their studies and volunteerism in the community, BPSTIL Principal Jayda Spillers was equally impressed by how Berger and Skipper have overcome varied challenges and nominated them as CTE Presidential Scholars.

“Despite all of her successes, Faith admits overcoming anxiety and a lack of confidence were her greatest obstacles,” Spillers’ nomination letter for Berger read. “Through her faith and determination she has gained self-confidence and has a clearer understanding of her worth and impact as a leader and team member. Faith plans on using her career and technical education experience to further her education in Civil Engineering in college.”

Skipper shared that taking the Computer Programming class at BPSTIL “has opened my eyes to the excitement of coding and learning how to develop apps.”

Not only does Skipper encompass the essence of BPSTIL’s mission for CTE programs, but Spiller added he is not the typical student.

“Through his hurdles with hearing and vision issues he has learned to advocate for himself, be organized and prepared for challenges,” said Spillers in her nomination letter. “When asked what he has learned from his challenges in life, Jake stated ‘I just try to do my best and be understanding of others; everyone has something they are going through in life.’”