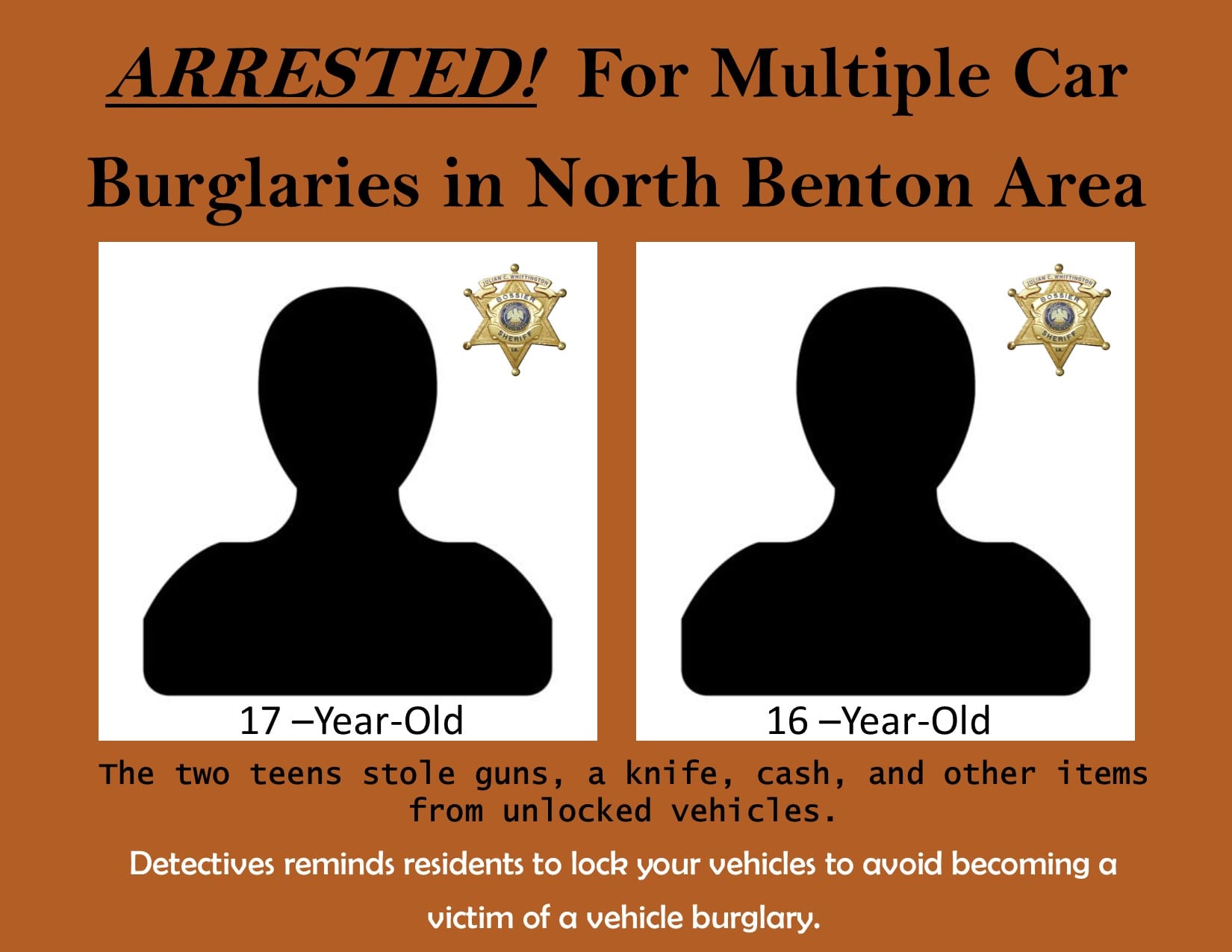 Bossier Sheriff’s Office detectives arrested two teenage juveniles late Tuesday for multiple car burglaries in the north Benton area. The 16- and 17-year-old males were arrested just before midnight for their involvement in several car burglaries off of the Highway 162 area, particularly on Clement Road and side streets off of Crouch Road. They were both charged with multiple counts of simple burglary (theft from a motor vehicle) and one count of simple criminal property damage.

Detectives were able to view surveillance video from one of the burglary scenes that shows the teenagers opening unlocked vehicles and stealing items, including firearms, knives, cash and other items before fleeing the scene. While carrying out their crimes, they damaged one vehicle.

The juveniles were transported to Ware Detention Youth Center in Coushatta. Bossier detectives have recovered the stolen firearms and are in the process of returning them to their rightful owners.

Detectives also want to remind homeowners to be sure and lock their vehicles.