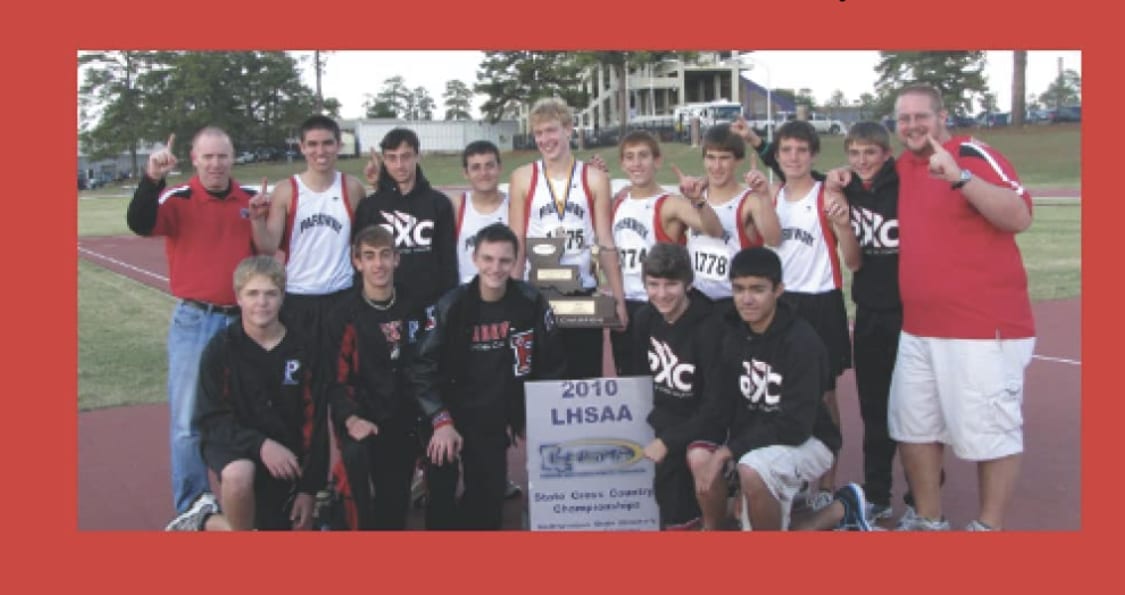 A member of the class of 2012, Harville finished third in the 2010 Class 4A state cross country meet and helped Parkway win the boys team championship, the second in school history.

Of course, his death also devastated the extended family of Parkway cross country and track athletes.

While Harville’s success in cross country and track earned him the nickname “Starville,” it was far from the only thing that defined him.

Falting wanted to do something to honor Harville. He has authored several books on running and motivation and thought a book would be the best way.

But he didn’t envision a conventional book. After discussions with former teammates and coaches, Falting’s idea evolved into a book that would honor Harville while also focusing attention on issues like staying motivated and handling stress. He wanted it to be something that might help those who might be dealing with some of the same issues Harville was.

The result is “Cross the Finish Line: A Motivational to Help You Find Strength” by “Kent Falting and the PXC Family.”

The book is available now on Amazon.com. You can order a copy for delivery or download the ebook with the Kindle app.

According to the description, “This book is called a Motivational, our version of a devotional. It’s a collection of stories about running cross country, dealing with stress, overcoming obstacles, and the life lessons learned while running. It’s also a place to share Steven’s story. Finally, it’s a journal for writing your own thoughts about what you just read.”

In the foreword, Falting recalls when he learned of Harville’s death during the school day.

“I broke down in tears. Steven was like a son to me, and fathers should never have to outline their children.”

When he got home that day after visiting Harville’s family, he tried to make sense of what happened.

In the foreword, he writes that he “couldn’t come to grips with the fact that someone so loved could feel so hopeless in the end. He gave hope to so many but couldn’t find it in himself.”

The book contains chapters written by former and current cross country athletes. They write about everything from their love of running to adversity they encountered and how they handled it.

There is, of course, also a chapter devoted to Harville.

There are also open, lined pages for readers to write down their thoughts.

At the end, there is a chapter about depression and resources available for suicide prevention.

All proceeds from the book will be donated to organizations dealing with suicide prevention.

As with his other books, Falting makes clear the book isn’t only for runners.

“Our hope is this book will help change a life for the positive so no one else will have to deal with the loss we experienced.”