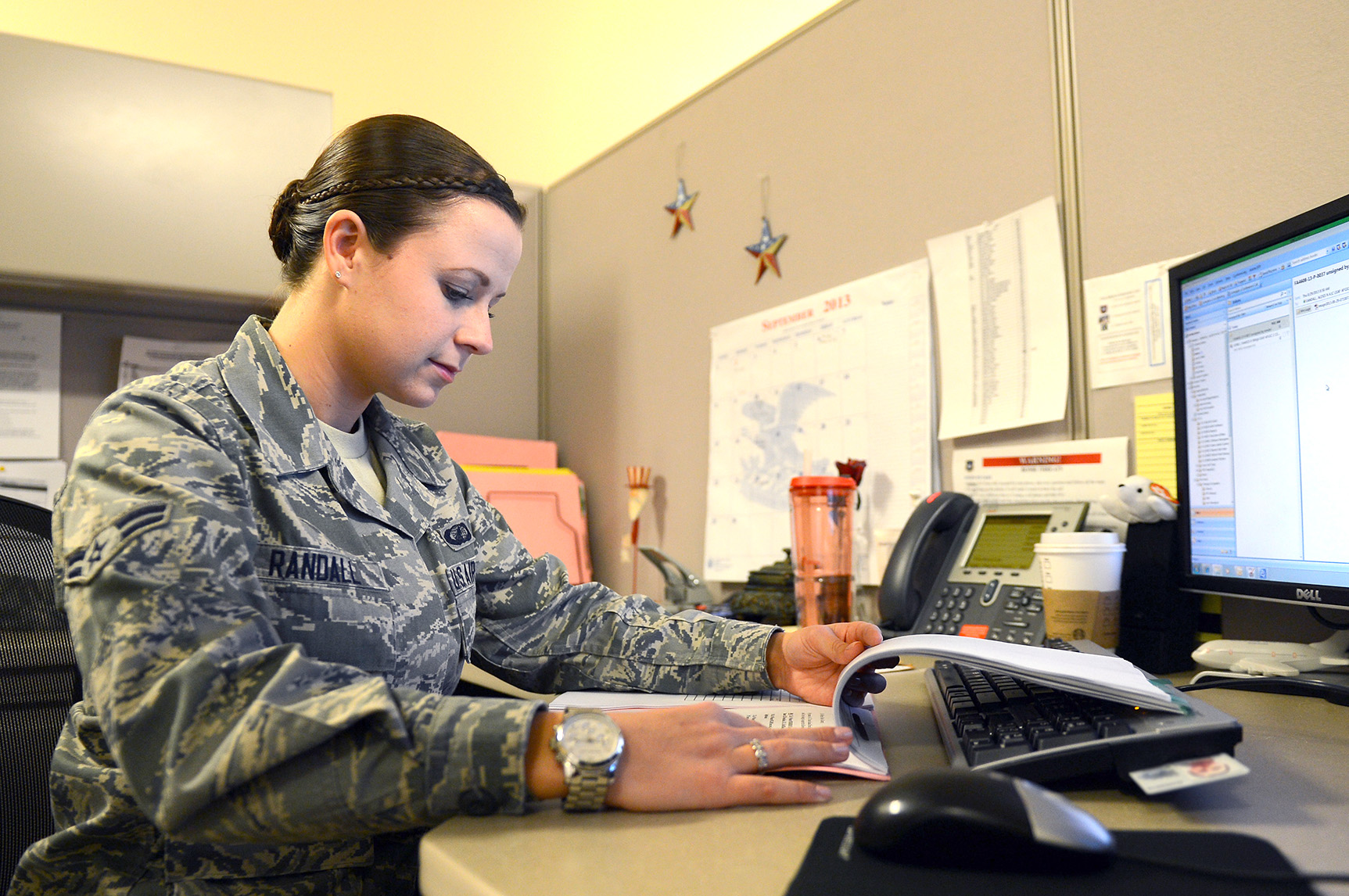 BARKSDALE AIR FORCE BASE — At a certain time of the year, two squadrons begin racing against the clock moving money around.

One works with a lot of contracts and off base vendors, the other is the mastermind behind funding distribution and then some, but their goal is the same: spend every last dime before time is up.

“Fiscal-year closeout is the expenditure of the end-of-year funds,” said Senior Master Sgt. Charles Jones, 2nd Contracting Squadron superintendent. “Whatever the base units have in their budget and whatever they have spent is end-of-year closeout. If the money isn’t spent and customers do not identify their requirements on time, it’s a lost opportunity and more importantly, that money is lost.”

Throughout the year, the 2nd Comptroller Squadron is working through customers’ requirements and the 2nd CONS is awaiting new contracts, preparing for the EOY closeout. The fiscal year is 365 days, but the deadline of Oct. 1 is always looming.

“Our duties and responsibilities are to get contracts awarded from beginning to end,” said Airman 1st Class Alexis Randall, 2nd CONS contracting specialist. “The in between stages include market research, soliciting contracts to vendors and working the reward of the contract. Even though there was a deadline of early August for customers to send in their requirements, we’re still getting them in. September is the month of long hours and our main goal is to get everything accomplished before Oct. 1.”

Though the 2nd CONS and 2nd CPTS have different jobs, they carry a similar workload during EOY closeout.

“We have a little more than 30 people on the floor, including civilians, who are constantly working on requirements through commodities, service and construction,” said Jones. “The flight chiefs are the back bone responsible for tasking the work load and making sure everything is running smoothly while the Airmen are doing the dirty work. Since we’re spread thin at times meeting multiple missions, it requires a total team effort.”

The teamwork is a constant theme throughout both squadrons.

“Everyone on the floor is broken up into teams,” said John Southwell, 2nd CPTS Accounting Liaison Officer. “I have three people working with me in accounting and the two senior budget analysts have three or four Airmen working with them. There’s no individualism. When our world’s cross, I’ll work some of the budget issues, they’ll work some of the accounting- none of us could function without the other.”

One of the senior budget analysts concentrates on requirements from the 2nd Civil Engineer Squadron and the 2nd Mission Support Group. The other works requirements for Air Force Global Strike Command, 2nd Bomb Wing, 2nd Maintenance Group, the operations squadrons as well as a few others.

“The Airmen and NCOs who work the floor do all the leg work as far as processing documents, working commitments, obligating documents and spending all the money,” said Master Sgt. Lyla Stevens, 2nd CPTS Financial Analysis flight chief. “We have to continue to monitor and keep the money moving, making sure it doesn’t get stagnate.”

In preparation for the fiscal year closeout, primary mission requirements have been accomplished.

“Our primary mission for the EOY closeout is funding our must-pay bills, custodial and refuse contracts and also protecting the bomb wing’s nuclear deterrence operations,” said Kimberly Luce, 2nd BW Budget Officer. “Anything to do with the [B-52H Stratofortress] is a priority. Making sure our guys are safe on the flightline and get the training they require as well as making sure the BUFF gets off the ground to make their sortie rates and deployments.”

To make the Air Force’s deadline for closeout, the 2nd BW has a soft closet out of Sept. 20, so the 2nd CPTS can work with 2nd CONS to get as many contracts obligated, signed off and into the accounting system as possible. Sept. 27, is AFGSC’s closeout so any fallout dollars can be liquidated, executed and obligated to the base.

“Every level has fallout dollars that flow down,” said Luce. “From the Department of Defense all the way down to the wings, so hopefully now that we’re done with furlough and money starts to flow out, we’ll receive more funds and we can purchase big ticket items that are mission essential, but not detrimental to making the mission happen.”

The military has not seen much fallout due to sequestration. Hitting close to home, Barksdale executed fiscal year 12 with more than $145 million. To date, the 2nd BW has only executed a little more than $58 million; 60 percent less than last year. More than $87 million would have to flow to the bomb wing to come close to what was executed last year, said Luce.

In the end, after the money is spent and the long hours have been put in, the take away is more than just wiping the sweat from the brow and sighing with relief.

“The closeout is just like the superbowl for us,” said Tech. Sgt. Steven Huffines, 2nd CPTS contract specialist. “We build up every year for this; it’s what we get ready for. After all our hard work, [2nd CONS and 2nd CPTS] get to physically see what we provide directly to the mission during closeout- it’s gratifying.”