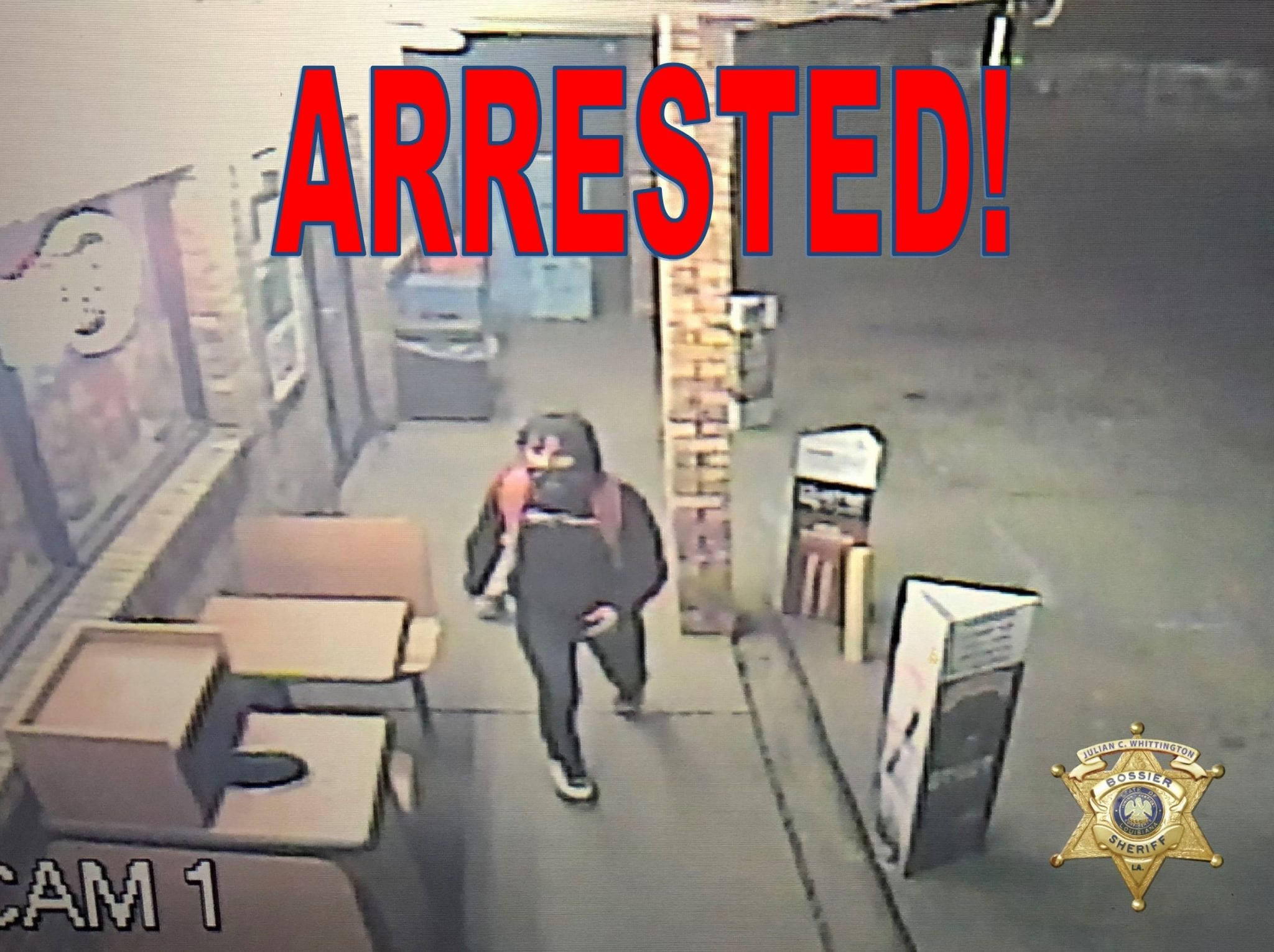 Bossier Sheriff’s Office detectives have arrested two Bossier Parish teenagers for breaking into a Haughton convenience store and stealing vaping products. One other teen arrest is pending, as well as additional charges.

A 14-year-old male was charged with simple burglary and criminal property damage; he’s the one seen in the surveillance video throwing concrete through the glass door. Another 14-year-old male was charged with illegal possession of stolen things and accessory with the intent to simple burglary; he was in the car. The third teen yet to be charged is believed to have also been in the vehicle during the caper. The juveniles were arrested and transported to the Ware Youth Center in Coushatta.

Bossier Sheriff Julian Whittington and detectives said these arrests were made possible because of the great support from residents who provided tips on this case.

“The tips we received on Bossier Crime Stoppers proved invaluable,” said Sheriff Whittington. “We appreciate our media partners in making the announcement, as well as the residents who reported their information. Good solid detective work followed, and the support from our school resource officers and school faculty was exemplary.

“Hopefully, this will be a wake-up call and deterrent to other juveniles that crime simply doesn’t pay. And just like their vaping products they stole, their futures could also go up in smoke if they continue this lifestyle. Hopefully, lesson learned.”