Crime Scene Investigators with the Bossier Sheriff’s Office have identified the man recovered from the Red River Tuesday evening as Glen Bowens, Jr., 22, of Shreveport.

Bowens is originally from California, but had been living in Shreveport, and his next of kin were notified of his death earlier today. 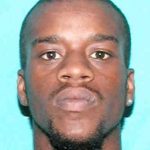 While the exact cause of death is still undetermined, investigators indicate there is no sign of trauma or any indication of foul play. Results from the forensic pathologist and toxicology report are pending and could take up to six weeks. However, investigators do not believe there will be any criminal investigation.

Bowens was reportedly last seen by friends in downtown Shreveport near the riverfront on the evening of March 23. His girlfriend filed a missing persons report on him with the Shreveport Police Department on March 24.

Fishermen found the body floating in the Red River Tuesday night about a mile south of Red River South Marina on Highway 71. Crime Scene Investigators with the Bossier Sheriff’s Office were not able to positively identify the body Tuesday night, but by late Wednesday morning, they confirmed the identity as Bowens by fingerprint records.