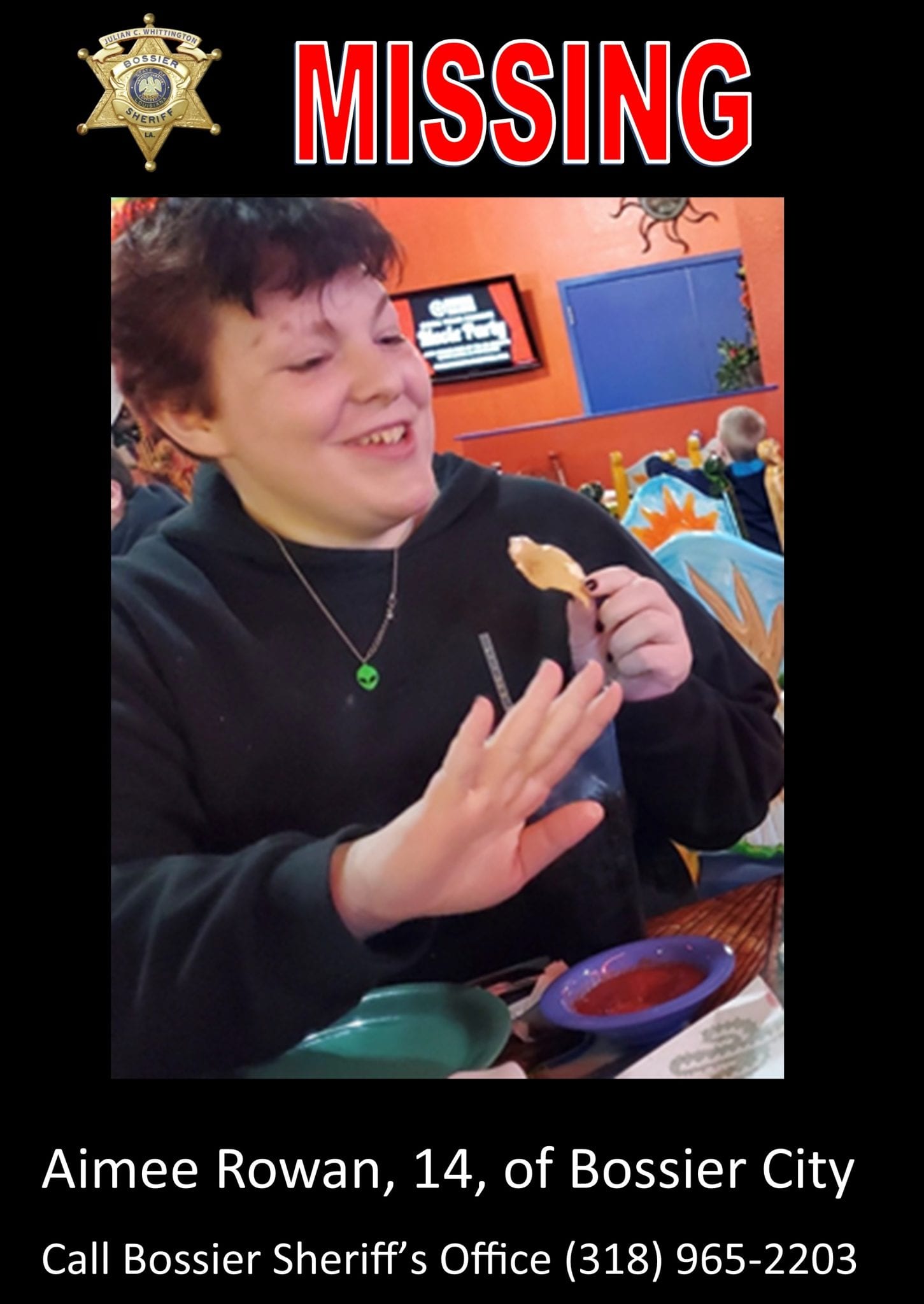 UPDATE: (Feb. 11, 1:00 p.m.) – 14-year-old Aimee Rowan is STILL MISSING. However, as Bossier Sheriff’s Office detectives have continued their investigation, they received information that she was seen in the Shreve City area near Wal-Mart in Shreveport on Feb. 9. People in the area say she was carrying or riding a skateboard.

Aimee’s mother also said she may be heading to the Blanchard area.

She appears to be a runaway, and her safety is paramount. As always, if anyone has any specific information of her whereabouts, please call the Bossier Sheriff’s Office at (318) 965-2203. Your tips are invaluable!

Aimee Rowan, 14, was last seen at her home on Wemple Road around 9 p.m. Monday night. She is a white female, 5’ 10”, weighing about 200 pounds. Her hair is black with the sides and back shaved, with longer hair on the top.  Detectives say she may be traveling with a “Saints” backpack.

Aimee’s parents are concerned for her welfare. If anyone has any information about her whereabouts, please immediately contact the Bossier Sheriff’s Office at (318) 965-2203.