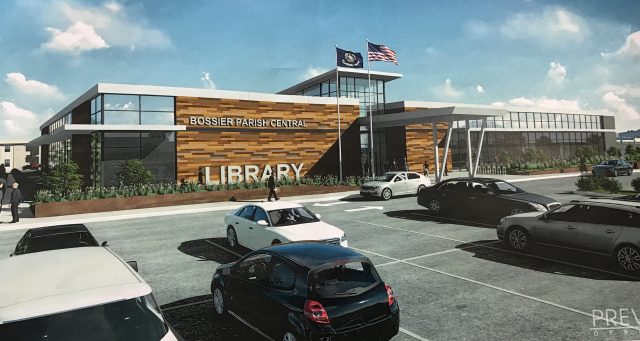 Bids have been received and are currently under review for a new 39,000-plus square foot central library complex planned for construction at the corner of Beckett St. and City Hall Dr.

Four companies submitted bids on the project. Three of the four bids reportedly came in under the architect’s estimated $9.75 million cost. Construction on the complex is expected to begin before the end of this year.

Heather McEntee, director of the parish library system, said the new central library complex will be one of the finest facilities anywhere. Available in the new facility will be creative spaces for individuals who want to stretch their imaginations, a film and music studio, a separate teen area and larger children’s areas.

One of the features of the new central complex will be an expanded history center that will focus on the colorful, impactful history of Bossier Parish and go more in-depth on people, places and events that have influenced the area.