UPDATE: BCPD detectives located Kevin R. Fields in Shreveport this afternoon and took him into custody with the assistance of the Shreveport Police Department. 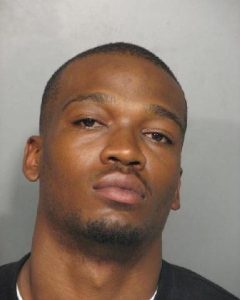 Original story: Bossier City police have identified the suspect behind a shooting at a local housing complex last week that left one man wounded and have secured a warrant for his arrest.

Kevin Rodreicus Fields, 28, of Bossier City is wanted on a charge of attempted second degree murder for shooting Quenell Williams, 29, of Bossier City on April 8, 2015 at the Scott Street apartments in the 2100 block of Scott Street. The shooting happened while Williams was standing in front of a ground floor apartment with a group of others.

Detectives say Fields walked up and began firing a gun with rounds striking Williams in both legs and his ankle. Fields then fled the scene. Williams was taken to University Health in Shreveport and is expected to survive his injuries.

They can also submit a tip via the Bossier Crime Stoppers website – bossiercrimestoppers.org. Persons who contact Crime Stoppers are reminded they may remain totally anonymous and will be eligible for a cash reward if their information leads to an arrest.