UPDATE: The family of Hannah Renee Blade says that Hannah has contacted them, stating that she and her baby girl are fine.

ORIGINAL STORY:
Bossier City police are asking the public for help with locating a missing woman and her baby daughter. 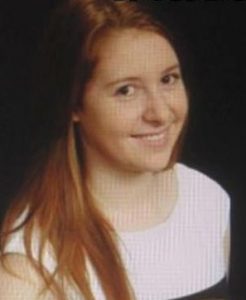 Family members tell police Hannah has not been heard from since and that Hannah has left home in the past without telling anyone where she is.

Detectives say they have nothing to indicate that foul play is involved in this case however they along with Hannah’s family are concerned for her welfare and that of her baby.

Hannah Blade is a white female, 5’3” tall, weighs about 130 pounds, with hazel eyes and auburn hair.  Anyone who has information about her whereabouts is asked to call the Bossier City Police Department at (318) 741-8697.