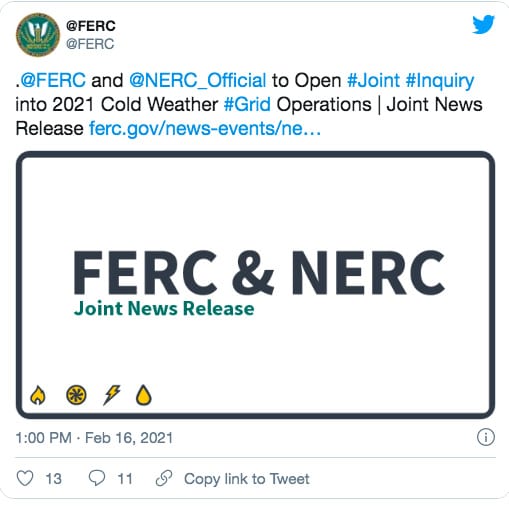 WASHINGTON (AP) — Federal regulators say they are launching an “inquiry” into the operations of the bulk-power system during the severe winter storm that left millions without power in subfreezing temperatures in Texas, Louisiana and other states.