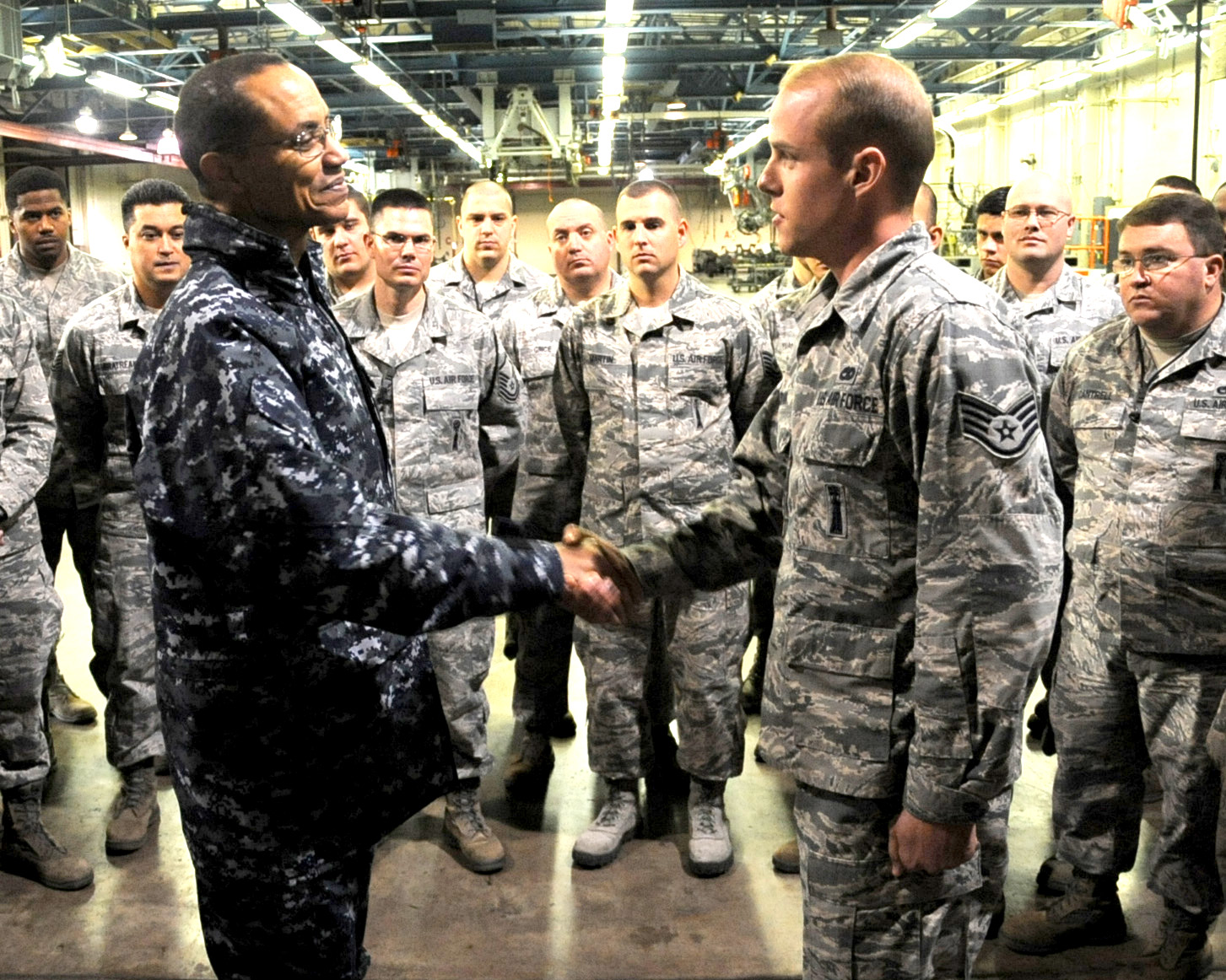 In his first visit to Barksdale since becoming commander of USSTRATCOM, Haney stressed the importance of the Airmen’s contributions to our nation’s nuclear deterrence mission.

“AFGSC is an important part of our deterrence and assurance campaign, and for me to be able to see the remarkable people working on that mission, hear their stories and better understand the complexity of that mission has been important to me,” he said. “I want to also commend the leadership with what they have been doing here, well before I arrived at USSTRATCOM, and what they continue to do and how important it is to our nation.”

Haney reiterated what has been articulated by political leadership and documented in the 2010 nuclear posture review, stressing the triad is fully supported and the value of each leg in the triad is important.

“The capability of the 2nd Bomb Wing is a very flexible leg of the triad,” said Haney. “I count on its capability to demonstrate our deterrent in a very visible way.”

USSTRATCOM relies on various task forces for the execution of its global missions to include space and cyberspace operations; missile defense, global command and control; intelligence, surveillance and reconnaissance; global strike and strategic deterrence, and combating weapons of mass destruction.

“When you look at the various nations in the world today that are advancing their nuclear capability through modernization programs as well as those with nuclear aspirations…it is very important that we mind our helm here,” said Haney. “The care in having a safe, secure and effective nuclear deterrent for our own capability for the U.S., but also for the assurance we provide other nations. That in itself carries on the theme of reducing the overall nuclear arsenal in the world.”

As Air Force Global Strike Command, 8th Air Force and the 2nd Bomb Wing play a significant role in the deterrence and assurance campaign, Haney emphasized the importance of coming to Barksdale and meeting the Airmen that contribute to the nuclear mission. Haney pointed out that this trip had been scheduled very soon after he took command because of the importance Haney places on seeing firsthand the work those who conduct the mission do every day.

Haney expressed to Airmen the importance of their role and what they are contributing to the overall nuclear mission.

“My message to Airmen is to make sure they understand just how important they are to the United States, USSTRATCOM and to the deterrence and assurance campaign,” said Haney. “We count on their day-to-day missions to both deter a strategic attack against the U.S. and assure our allies and partners.”