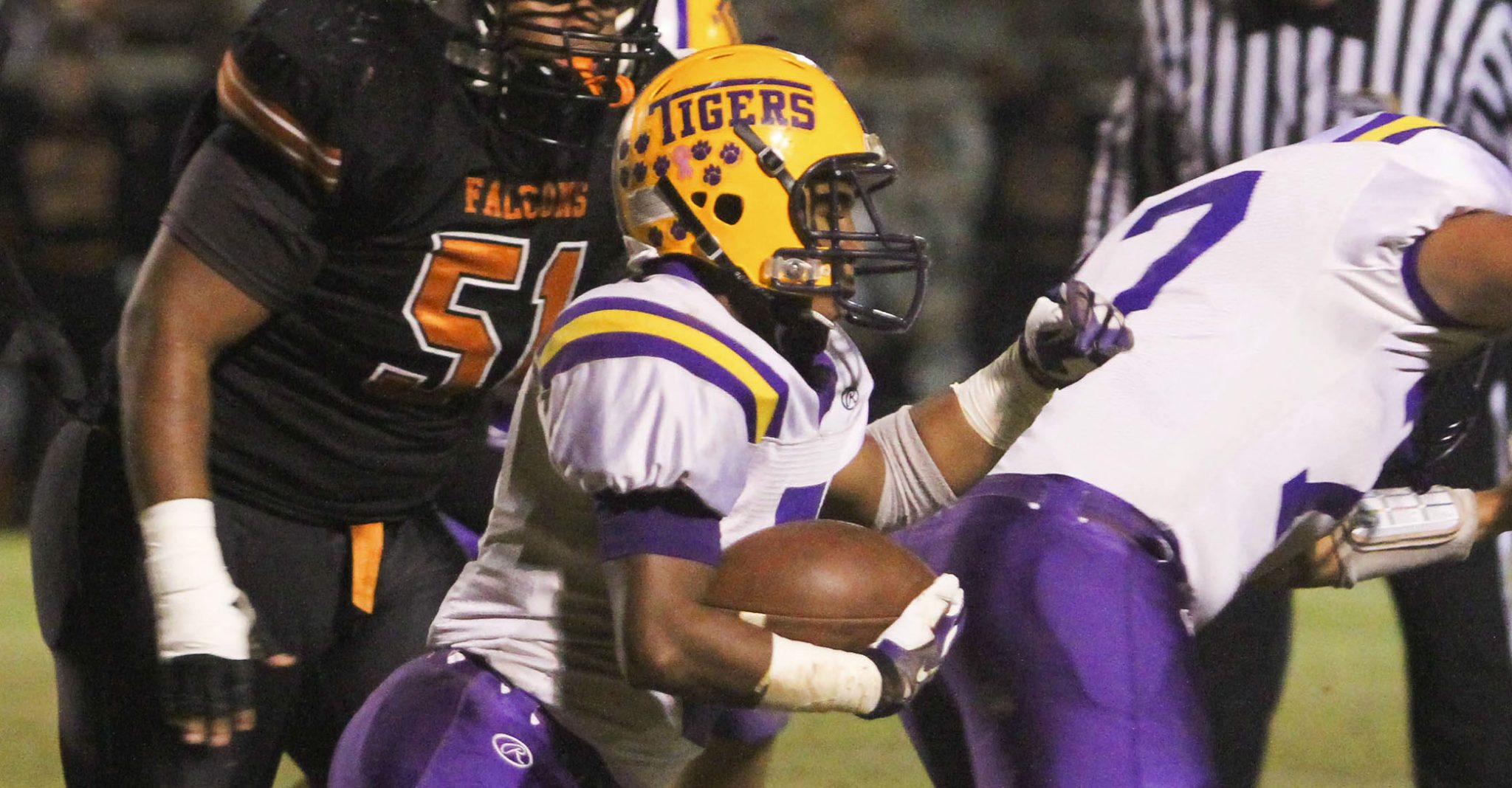 Benton’s seniors walked off the field at Northwood’s Jerry Burton Stadium Friday night with their heads held high, disappointed in the game’s outcome but happy to have helped establish a foundation on which next year’s team can build.
“We asked for a chance to be here and here we are,” said coach Reynolds Moore. “We may have lost the game but we are back in the playoffs to start a new streak.”
The final score was 23-7 but Benton was down only 9-7 with about 4:38 remaining in the game when Northwood running back Aaron Varelas scampered 46 yards behind some downfield blocking that put the game out of reach.
Benton missed the playoffs last season for the first time since 1995, ending 16 straight playoff appearances, and Moore was hired as the new coach.  He installed a spread offense to replace the run-oriented Wing-T that had been used for years.

“Our seniors bought into what we were trying to do and they are the reason we are here today,” Moore said. “We couldn’t have done this without them.”
Both defenses dominated the game, each coming up with stops. Northwood scored a field goal on its first possession but after that was generally held in check until the late going. Benton had two scoring opportunities in the last half of the second quarter but came up empty with a missed field goal and an interception.
Despite those miscues and giving up a touchdown on Northwood’s first possession of the second half, Benton was toe to toe with the Falcons unti late in the fourth quarter.
“I’m real proud of what we came in here and accomplished,” Moore said. “That’s a great offense over there and we had a chance to win in the fourth quarter.”
Although Varelas ended the game with 104 yards and a pair of touchdowns, the Falcons had less than 50 yards on the ground before Varelas had the 46-yard run late in the game that put the Falcons up 16-7.
Northwood quarterback Jerrick Peterson, who missed most of the season with an injury, completed 20 of 27 passes for 261 yards. But he was frequently pressured by the Tiger defense and sacked five times.
Benton senior quarterback Jordan Shaffer, who was seldom called on to pass in last years Wing-T offense, ended his high school career with a 201 yard effort that included a 38-yard touchdown to Kordy Stewart early in the fourth quarter. Stewart caught 11 passes for 146 yards, while T.J. Anderson led Benton with 63 rushing yards.
Moore told his players to take in the moment, because even with the loss they accomplished something last year’s team did not by making it to the playoffs.
Friday’s game marked Benton’s second loss to Northwood this season in which the score was close until the late going.
Although Shaffer and nearly another dozen seniors graduate, Moore feels next year’s squad will do well because overall it will be a far more experienced squad.