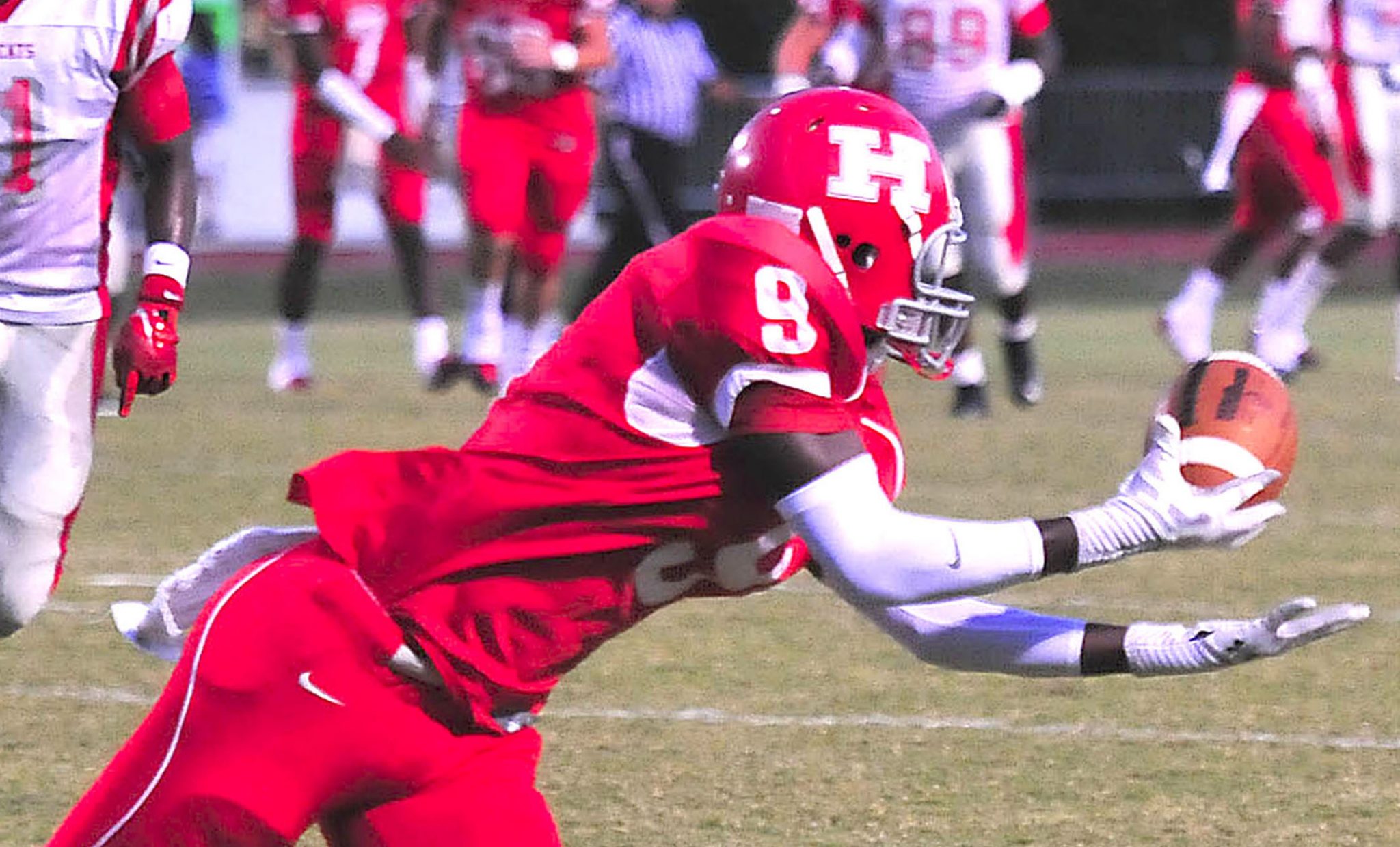 Haughton lived and died with big plays against a tough Ruston team Friday night, fighting through injuries that would have caused lesser teams to fold.

To be sure, Haughton came out on the short end of a 25-21 score but overcame the loss of starting quarterback Will Haines early in the second quarter and never trailed until the waning minutes of a heavyweight bout between two evenly matched teams.

With Haines, a usually excellent passer and runner, defeating a perennially strong Ruston team would have been difficult but doable. Without Haines, defeating Ruston became an uphill battle.

The blow that knocked Haines out of the game with a concussion, however, did not deliver a knockout punch to his teammates.

Instead, sophomore quarterback Darius Brooks came in and led his team to a pair of touchdowns.

The first, a 95-yard catch and run to Javonte Woodard, came on a third-and-25. The ensuing kickoff resulted in a Ruston fumble deep in its own territory. Brooks soon hooked up with Woodard for a 20-yard touchdown and a 19-7 lead.

Despite leading on the scoreboard, however, the Buccaneers were losing the battle on the field. On offense, Haughton’s usually potent running game gained just 29 yards on 27 carries. The passing game netted 139 yards, but three plays — the 95-yard TD pass and a pair of 20-yard completions — accounted for all but four of the team’s passing yards.

The sidelines were cruel to the Bucs. Most of the night the defense plugged up the middle, but Ruston consistently was able to turn the corner on the outside. For the night, Ruston’s Jawaun Wright gashed the Bucs for 175 yards and three scores on 39 carries.

P.J. Douglass scored on an 85-yard punt return to give Haughton an early 7-0 lead, and Brooks led the team to the two second quarter touchdowns and a 19-10 halftime lead.

Ruston squandered several scoring opportunities with turnovers deep in Haughton territory, but the momentum gradually shifted to Ruston as the Haughton offense was unable to move the ball and the defense had trouble stopping Ruston’s running game.

Ruston pulled to within 19-17 early in the fourth quarter. After a key stop, Haughton took over at its 14 but then Brooks was injured. Visibly hobbled, Brooks eventually returned on the next series but his accuracy was off.

“He’s a sophomore,” Coach Rodney Guin said. “He did all he could do. I’m proud of him. He’ll have to play for us one day.”

Ultimately Ruston used field position and late Haughton turnovers to take its first lead of the game 25-19 with just 2:12 remaining. Ruston intentionally gave up a safety in the waning seconds for a final 25-21 Ruston win.