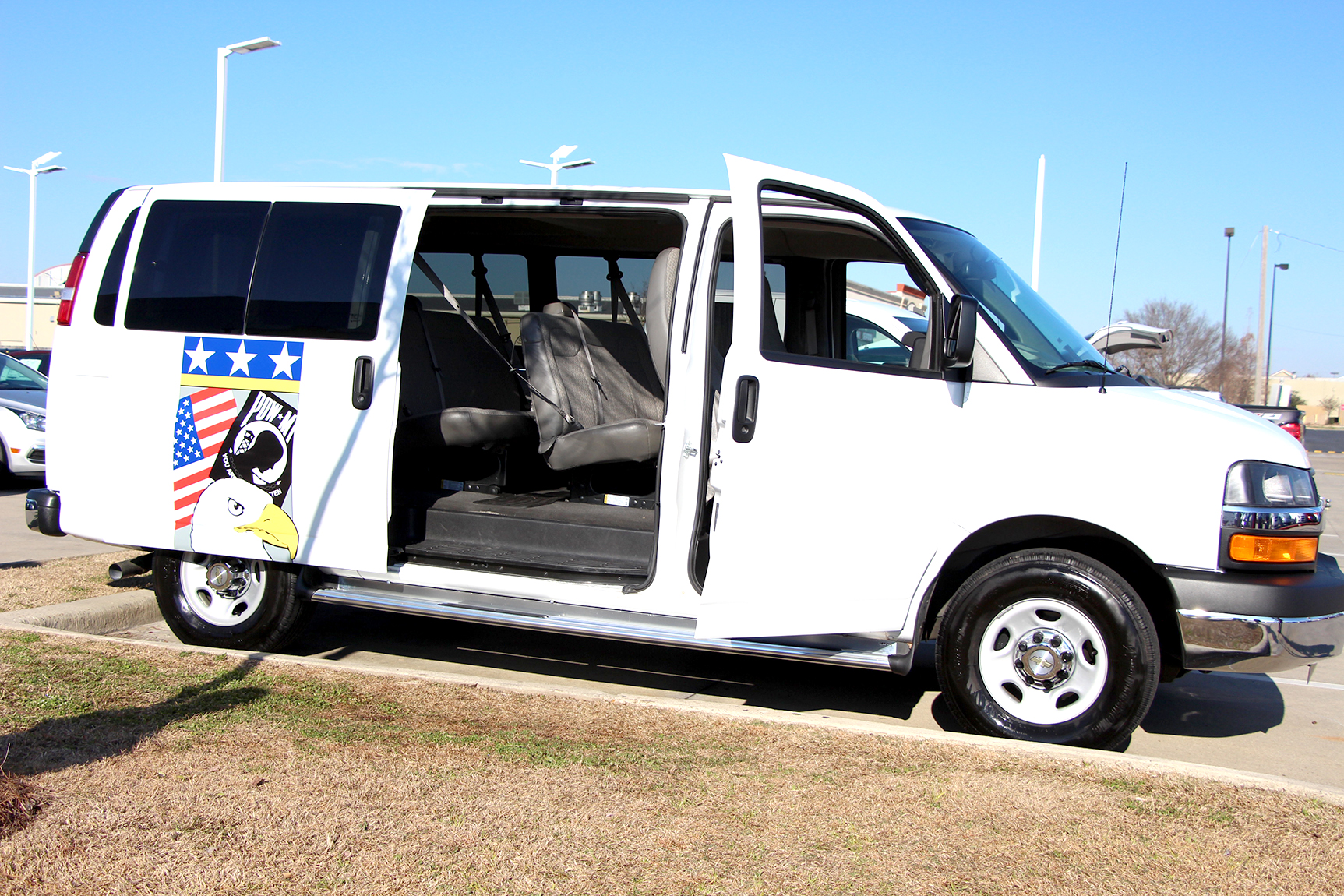 The Veterans for Veterans organization has purchased and donated a van to aid transportation needs for local veterans.

The keys to a 2014 12-passenger van were given to Reginald Hardy, Volunteer Services Chief at Overton Brooks Medical Center in Shreveport, in a gesture that he called “priceless.”

“This is a big deal for us,” Hardy said. “We need reliable transportation to ensure that our veterans can get to and from their appointments safely.”

“We needed something newer and this wouldn’t have been possible without their support,” Hardy added.

This is the fourth vehicle the organization has donated. Theresa Neff, Veterans for Veterans event coordinator, said they typically raise about $20,000 each year through various fundraising events.

“We are donating this van on behalf of veterans,” Neff said. “We know the cost of transportation to the medical center gets expensive and some of them can’t afford it. We want them to know that there are people out there that care about them and their safety.”

The new van is equipped with a backup camera and running boards, which will allow veterans a safer way to enter and exit the vehicle. The van will be replacing an existing vehicle that already has more than 120,000 miles on it from transporting veterans.

The van was purchased at Chevyland in Shreveport, a longtime supporter of Veterans for Veterans.