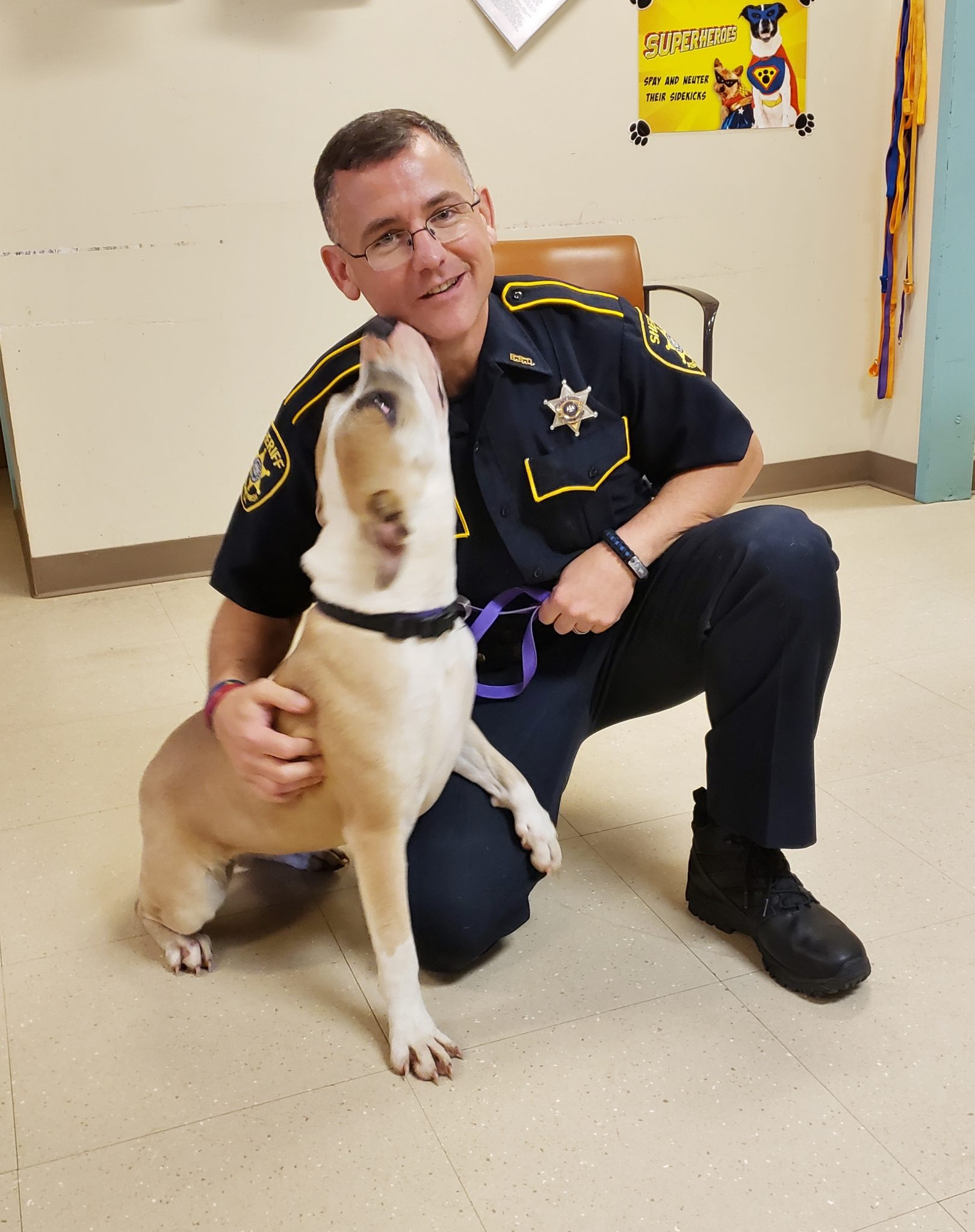 Deputy Dusty Crenshaw of the Bossier Sheriff’s Office normally roams the hallways of Airline High School where he serves as a school resource officer.  With school out this week for Thanksgiving break, he patrols the streets of Haughton.

At 8:37 a.m. on Monday morning of Nov. 25, a motorist on I-20 called into dispatch to report a dog loose in the tree line of Interstate 20 near the westbound 27-mile marker (just before the Louisiana Downs exit and the former rest area).  The motorist reported the dog was tan and white and appeared to be dragging a chain.

Dep. Crenshaw, who lost two dogs of his own in the past year, was dispatched to the loose dog call.  On his first drive in the area, he couldn’t locate the dog.  But he made another pass on the other side of the interstate and saw the dog running loose on the grass near the interstate.  But that was all the way across the interstate.  So he drove further up I-20 to turn around, headed westbound again, and was able to locate the dog running down the hill, scared, not far from the heavy traffic on busy I-20.

You can see the rest of his story below: