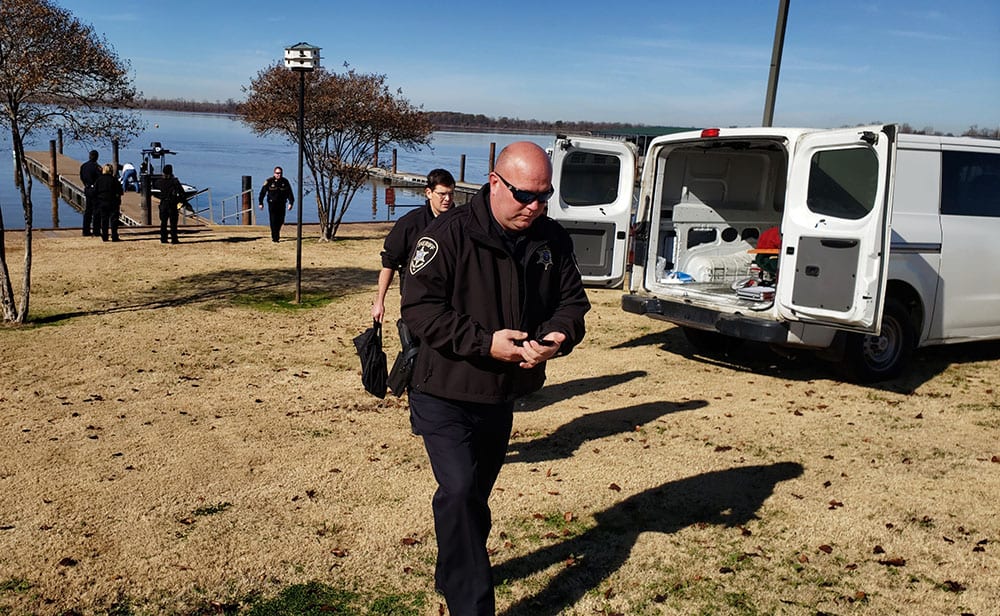 A fisherman contacted the Bossier Sheriff’s Office around 8:45 to report what he believed to be a body floating in the Red River.  BSO Marine Patrol deputies were already on the water Wednesday morning working a separate incident by retrieving a boat that had sunk in the river this past weekend, so they quickly went to the location to investigate.

About that same time, Bossier Sheriff’s Office patrol deputies established an Incident Command site the marina.  BSO detectives and Crime Scene Investigators launched with Marine Patrol units to retrieve the body and bring it back to shore.  Bossier Parish Coroner’s Office also arrived on scene, and they took possession of the body for an autopsy to determine identification and cause of death.

Bossier detectives are continuing their investigation to positively identify the man and determine what happened, pending the coroner’s report.

You can see a video from the Sheriff’s Office below: