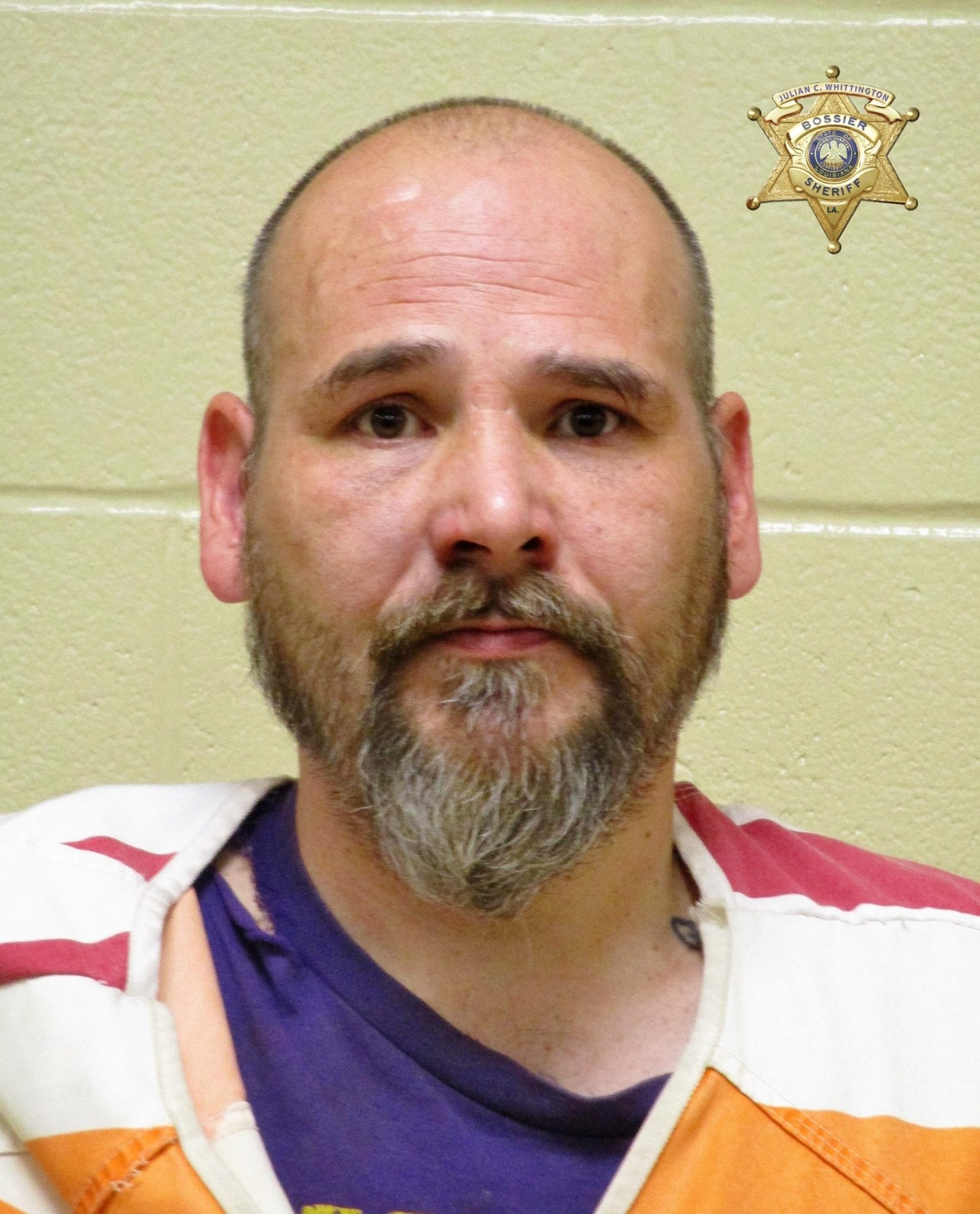 Bossier Sheriff’s Office patrol deputies arrested a Haughton man June 15 for burglarizing his neighbor’s house and stealing the surveillance camera that kept recording after he brought the loot and the camera back to his home.

Franklin E. Welzbacher, Jr., 43, of the 5200 block of Rue Chartres in Haughton was charged with Simple Burglary after he was caught on camera rummaging through his neighbor’s garage and stealing items.  The camera he stole had just been installed by the homeowner…and it paid off quickly.

The victim was making repairs to his garage door, and he decided to purchase a surveillance camera that he placed in the garage to keep an eye on things while he away.  The homeowner received an alert on his phone that someone was in his garage, and he saw someone taking things.  He recognized the man as his neighbor, Welzbacher, and he could see that he stole a paint brush…and the surveillance camera.

When deputies made contact with Welzbacher and explained to him how they saw him on camera committing the burglary, he returned the items.  Welzbacher then told deputies that he had a conversation with his neighbor, who he says had given him permission to borrow the paint brush.   However, when the deputy asked him why he stole the video camera, he had nothing else to say.

Welzbacher as transported to the Bossier Maximum Security Facility, booked on the Simply Burglary change; he has a $10,000 bond.