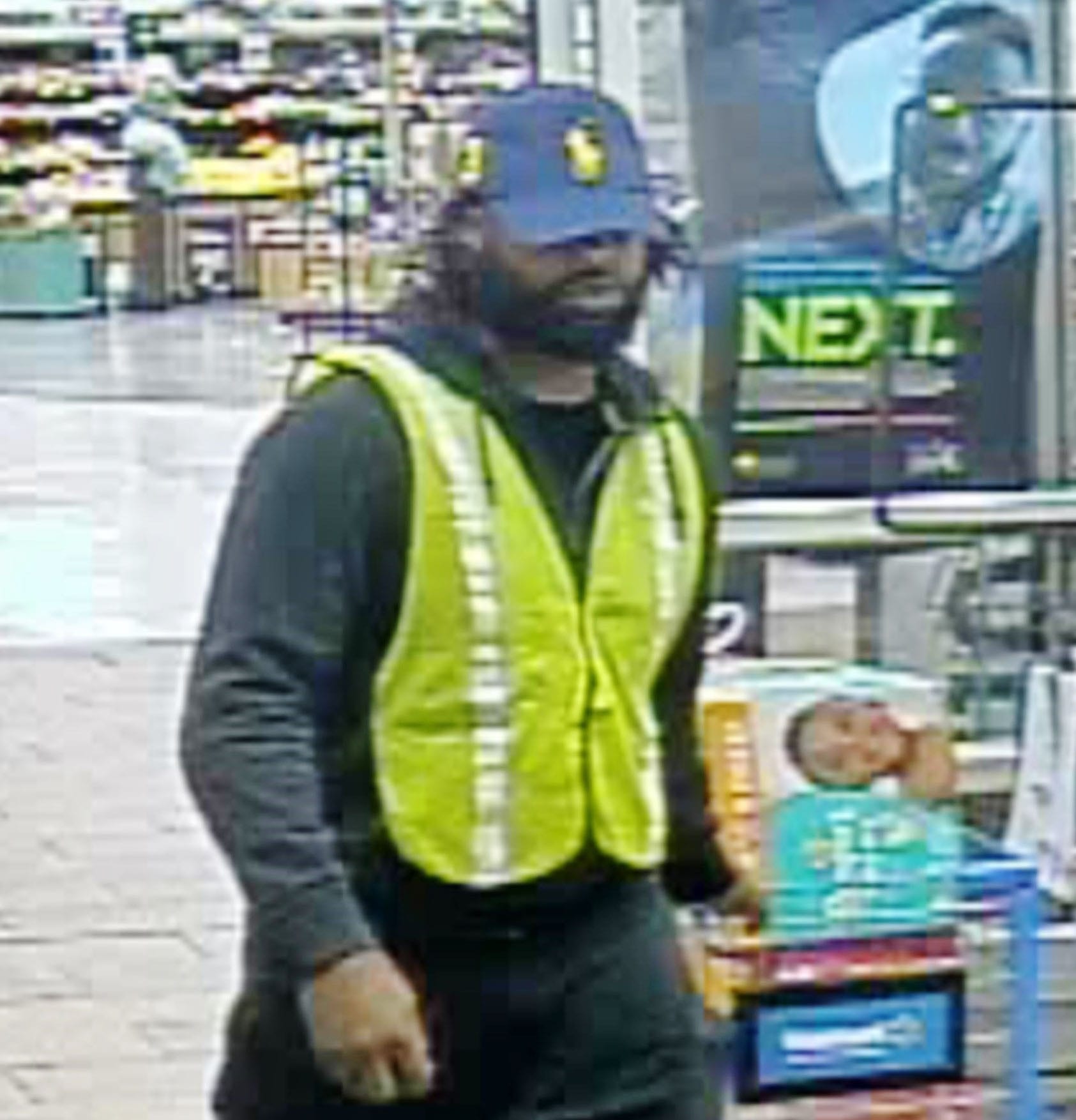 Bossier Sheriff’s Office detectives are looking for a vehicle burglar who used stolen credit cards to make purchases at two Wal-Mart stories in Shreveport and Texarkana.

Back in April and May, a suspect committed two vehicle burglaries in the Woodlake subdivision, where he stole various items, among them several credit cards and a black 2016 Ford F-350 Dually with LSU tag 27779.

The suspect wore the same attire while making the fraudulent purchases, and he is described as a black male with a beard, wearing long black pants, long-sleeve shirt, reflective vest, LSU hat, and sandals.  He is also seen on surveillance video driving a gray or silver vehicle.  Bossier detectives believe he is frequently traveling between Little Rock and Shreveport.

If you know the identity of this suspect, please call Bossier CrimeStoppers at (318) 424-4100; find out more at www.bossiercrimestoppers.org.