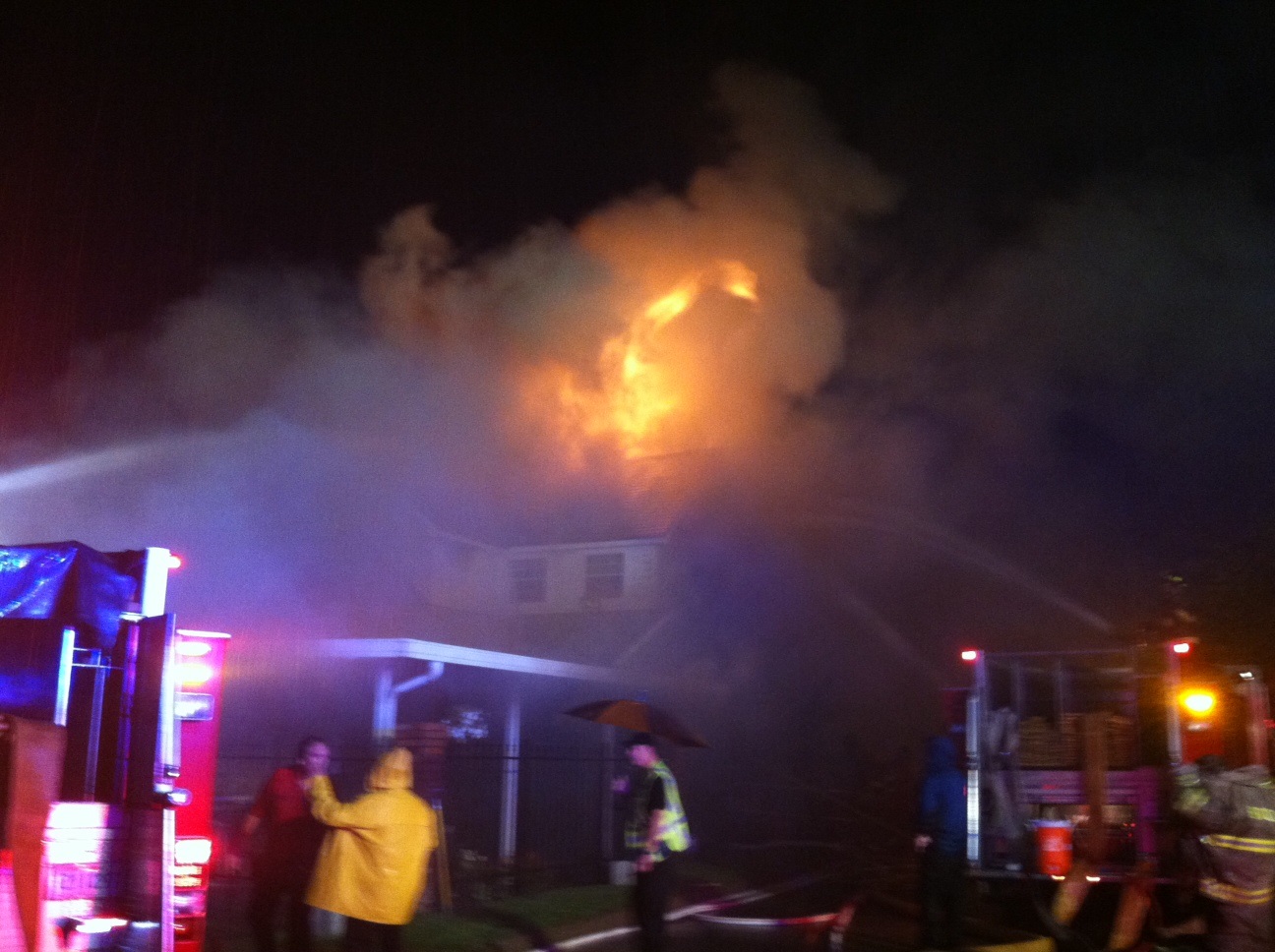 The Bossier City Fire Department responded to a fire Saturday night that heavily damaged a house in the 2600 block of Village Lane.

Firefighters were called to the scene at approximately 9:30 p.m. The first engine company to arrive on the scene found heavy smoke coming from the home’s soffit and attic vents. Firefighters entered the home and found fire in the attic which began spreading quickly. At one point the fire became too intense forcing fire crews to exit the structure. While battling the blaze three firefighters were positioning themselves on a lower level roof when part of it gave way causing one firefighter to partially fall through. The firefighter was able to hang on to the roof however flames quickly enveloped him. The two other firefighters immediately came to his assistance and helped pull him to safety. The firefighter was not injured as his bunker gear kept him protected from the fire.

It took firefighters about an hour to bring the fire under control. The upper portion of the home sustained heavy fire damaged while much of the remaining portion of the house received heavy water damage.

Investigators are looking into the possibility that a lightning strike may have caused the fire. The man and woman who were inside the house at the time reported hearing a loud thunder clap and then their power went off. A short time later they noticed smoke coming from the structure. Neither of two occupants was injured.