I’d like to take a moment to reflect on some of our accomplishments in 2014. National debates in Washington sometimes overshadow all of the positive progress we make for folks in Louisiana. From reforming flood insurance to protecting our military bases, we’ve been able to accomplish a lot for Louisianians. 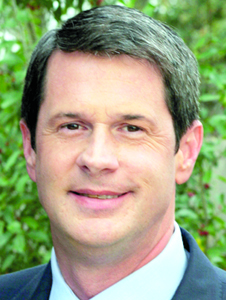 However, I know that when the new Congress starts in January, there’s a lot of work to be done. I’m hoping to correct President Obama’s gross overreaching of authority with his executive order for amnesty for illegal immigrants and his misguided policies on protecting our border. I’m also planning to work on policy that creates new jobs for Louisianians like a new bill to authorize the immediate construction Keystone XL pipeline, and of course to protect our state’s small businesses as the new Chairman of the Senate Small Business Committee.

In the meantime, I’ve been spending this holiday season with Wendy, our kids and our extended family. We wish you and your family a happy new year. Check out of few of the 2014 highlights below.

Highlights from the past year (click the hyperlinks for more information):

This past spring, I helped pass flood insurance legislation in the Senate to protect homeowners from unaffordable rate increases. The legislation is a huge victory for Louisianians and families across the country—it reinstates grandfathering in flood insurance, which will help people to hold onto their homes by protecting against exorbitant insurance price spikes. It’s a permanent fix that is entirely paid for and is guaranteed to sustain itself in the future.

One of the biggest accomplishments for Louisiana this year was passing the Water Resources and Reform Development Act (WRRDA) into law. As the lead Republican on the conference committee who negotiated the legislation, I fought hard for a bill that includes hurricane and flood protection for Louisianians, necessary reforms to the Corps, and improvements to our nation’s waterways.

Fighting for our Military Bases

As a member of the Senate Armed Services Committee, I’m very proud that this year I was able to secure key provisions for Louisiana, Fort Polk and Barksdale in the Defense Department’s funding bill. My provisions included keeping forces from the Brigade Combat Team stationed at Fort Polk, as well as providing for the future of B-52s and the Global Strike Command. Our nation is still at war, and maintaining a strong national defense is absolutely vital. Louisiana plays a huge role in the equation, and my legislation will help preserve our state’s viability for national security.

Washington should have to live under Obamacare just like everybody else until we repeal it. But some Members of Congress created a loophole out of the statute in Obamacare that states that Congress and official staff must enter the Obamacare Exchange just like the rest of America. Senate Republicans took an important step by designating their staffs as “official” so they cannot be exempted from entering the Obamacare Exchange. But I’ll continue fighting for my legislation to end Washington’s Exemption from Obamacare next year.

I’ve worked for years to get VA clinics in Lake Charles and Lafayette authorized. I’m happy to say that this July, the Senate passed a final veterans bill that includes authorization for VA outpatient clinics in both cities—a huge win for veterans across Louisiana. After this recent crisis surrounding the VA, I’ve made it a top priority to regain the trust of our veterans and to make sure they have the resources they need, which means building the Lafayette and Lake Charles VA clinics. I’m working hard to make sure the VA expedites the building process. If it wasn’t for their screw-ups, these clinics would have already been built.

Breast cancer is a horrible disease that affects families across our nation, including my own family. That’s why Senator Amy Klobuchar (D-Minn.) and I passed legislation this year to reauthorize the Breast Health Education and Awareness Requires Learning Young Act, or the EARLY Act. The EARLY Act elevates breast cancer prevention and early detection by increasing research and expanding access to care. My wife Wendy tragically lost her mother to breast cancer when she was just 6. Her loss serves as a continual reminder to our family, including our three daughters, of how important it is to raise awareness about breast cancer and to continue to provide resources to fight the disease.

For any other questions or concerns, and for updates on these and other important issues, visit Vitter’s website at: www.vitter.senate.gov.

David Vitter is a U.S. Senator for the State of Louisiana.