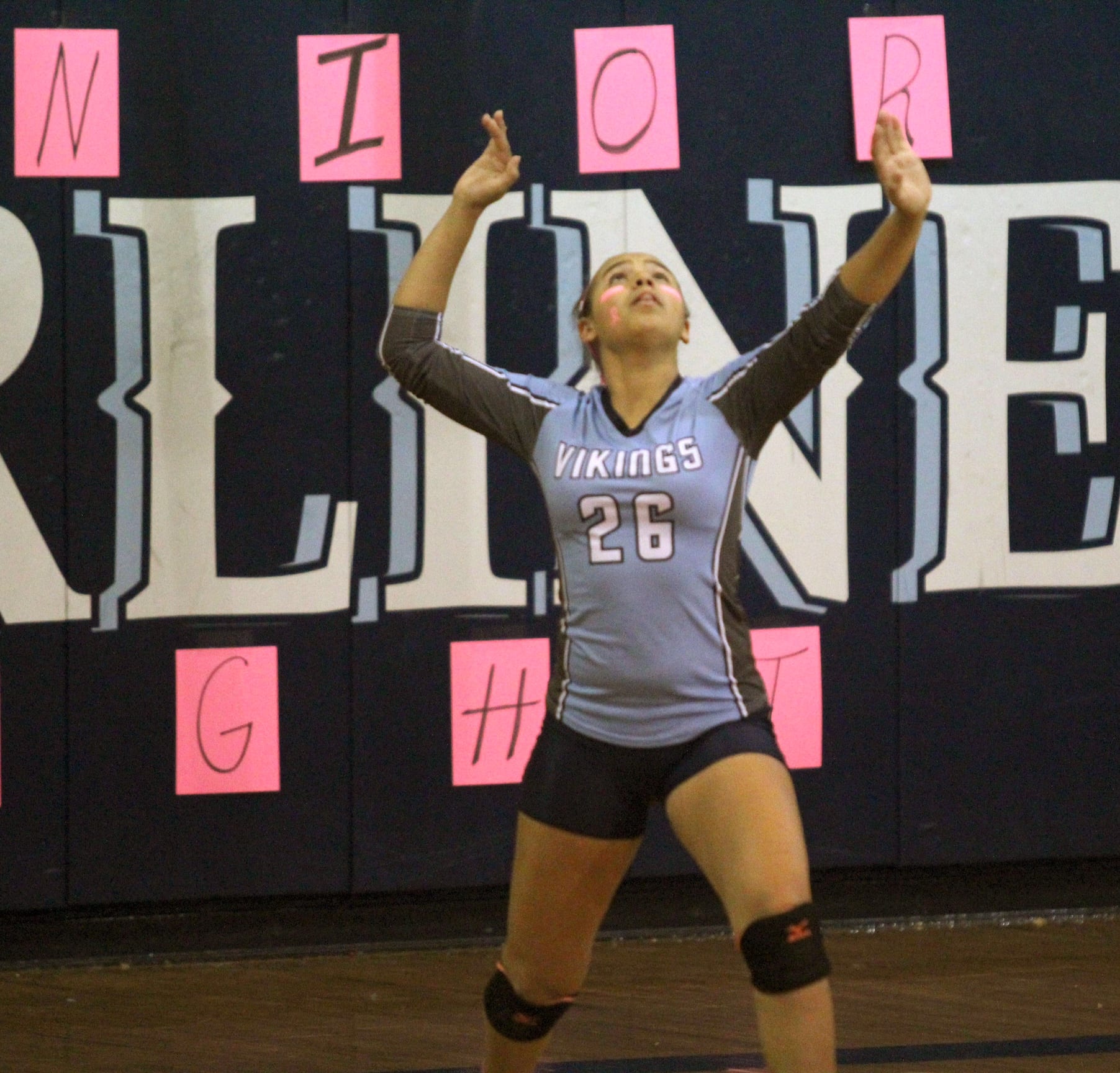 Last season was an historic one for Airline volleyball. In the program’s third year of existence, the Lady Vikings won the District 1, Division I championship.

Head coach Regina Digilormo must replace several key players off that squad, but she believes her team will again contend for the title.

“I have high expectations going into this season,” she said in an e-mail message. “There have been many girls on our JV team on the cusp of varsity these past years, and the graduation of five seniors opened the door for them to step up and compete.”

One of those seniors, Ashley Haiger, returns this season as a CECP assistant coach. Chief Scott Parson will also be assisting Digilormo again.

“We are looking at Zahria and Brooklyn to fill in as setters and right side hitters as opposed to outside hitters last year,” Digilormo said. “They have worked really hard over the summer to develop the setter’s skill set.”

Noble, a second-team All-District selection last season, will likely continue at middle blocker but could also fill an outside hitter role.

“Kaylea and Anna have shown great senior leadership this summer and have helped continue to develop our team culture into a great program at Airline,” Digilormo said.

Last season, Airline finished 17-8 overall and 13-1 in district, one game ahead of Ruston.

District 1-I will be divided into two divisions this season.

Airline, Byrd, Captain Shreve, Natchitoches Central and Ruston will be in one and Booker T Washington, Caddo Magnet, Haughton and Northwood will be in the other.

Several other teams could also be in the mix.

“Byrd and Shreve have developed a lot over the summer and they competed very hard against us,” she said  “Natchitoches Central has grown leaps and bounds into a great varsity program. I am a firm believer that each season is anyone’s for the taking.”

While Airline and Haughton are currently the only parish high schools with varsity programs, Digilormo said volleyball continues to grow in popularity in Northwest Louisiana, especially at the club level.

“The coaches of the teams in this area work very hard throughout the offseason to develop their programs,” she said “Everyone continues to get better and better at volleyball each year, and the participation of middle and high school players in clubs has grown exponentially.

“This growth has really pushed me as a coach to gain more and more knowledge of the game and develop better practice plans.”