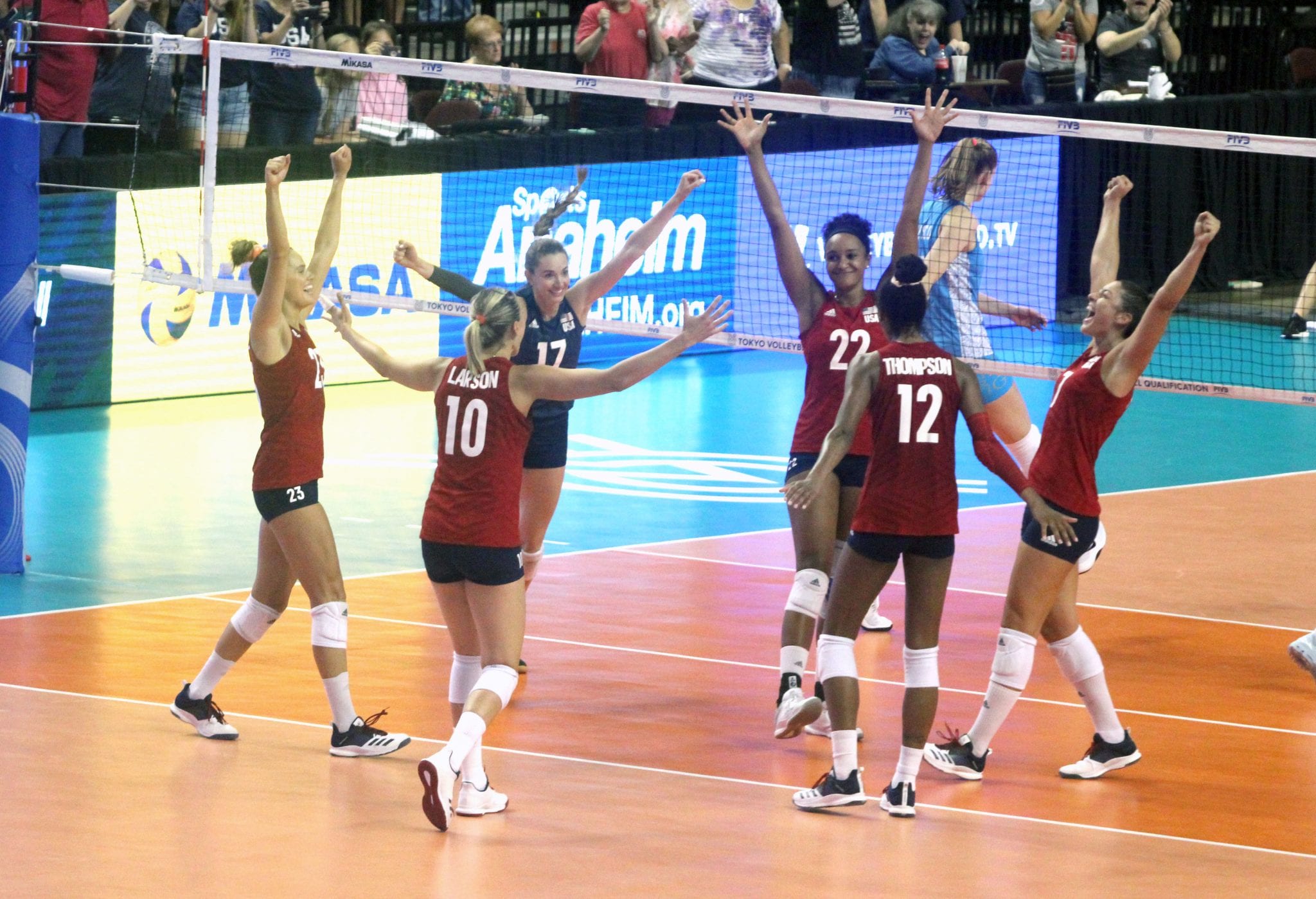 The U.S. Women’s National Volleyball Team defeated Argentina 25-22, 25-17, 25-23 on Sunday at the CenturyLink Center to go undefeated in the Tokyo Women’s Volleyball Qualification Tournament Pool C and secure its berth into the 2020 Tokyo Games.

Team USA, ranked third in the world, defeated No. 23 Kazakhstan in straight sets on Friday and came from behind to down No. 16 Bulgaria in five thrilling sets on Saturday before Sunday’s win over No. 11 Argentina. The U.S. is the only country to reach the podium in women’s indoor volleyball in each of the last three Olympic Games.

“We can be really proud with how we fought through here, especially the challenge that Bulgaria threw at us down two sets to one and the nice response we put together,” U.S. Women’s National Volleyball Team Head Coach Kiraly said. “This is huge for the program. Everybody knows that we are going to Tokyo. We got that ticket locked in. We worked really hard for that this year. That helps in the planning, and it makes it that much closer in the distance. It is not that much distance to Tokyo.”

“It feels amazing,” Washington said. “There was a point where I was on the floor, and I was in this moment where I was ‘we are playing to go to the Olympics right now.’ That’s what this match meant. It is surreal. It is amazing. I am exciting to the next grind and going to Tokyo.”

“I am really glad with how we played, how we performed,” Dixon said. “It is a best birthday present ever, honestly.”

“I mean we talk about it all the time,” Courtney said. “This was our big goal for the year. VNL win was good, but our main tournament was focusing on the Olympic qualifier. We took care of business although it wasn’t easy, teams definitely give it to us. We had to earn it. Just really excited for this team’s opportunity to play in Tokyo.”

The Americans were dominant at the net and service line with advantages of 10-4 in blocks and 6-1 in aces. Team USA had a 43-29 margin in kills.

The U.S. started Carlini at setter, Thompson at opposite, Dixon and Washington at middle, Robinson and Larson at outside hitter and Courtney at libero.

The Tokyo Women’s Volleyball Qualification Tournament includes six pools of four team being staged in a round-robin format Aug. 1-4. The top 24 ranked teams, minus 2020 Olympic Games host Japan, are placed into the six pools using the serpentine system with pool winners claiming berths into the 2020 Olympics along with host Japan. The final five spots into the 2020 Olympics will be determined in early January through the five confederation zonal championships.

Team USA, the only country to medal in women’s indoor volleyball in each of the last three Olympic Games, seeks its 12th appearance in the Olympics. In its previous 11 Olympic Games, the Americans claimed silver medals in 1984, 2008 and 2012 along with bronze medals in 1992 and 2016.