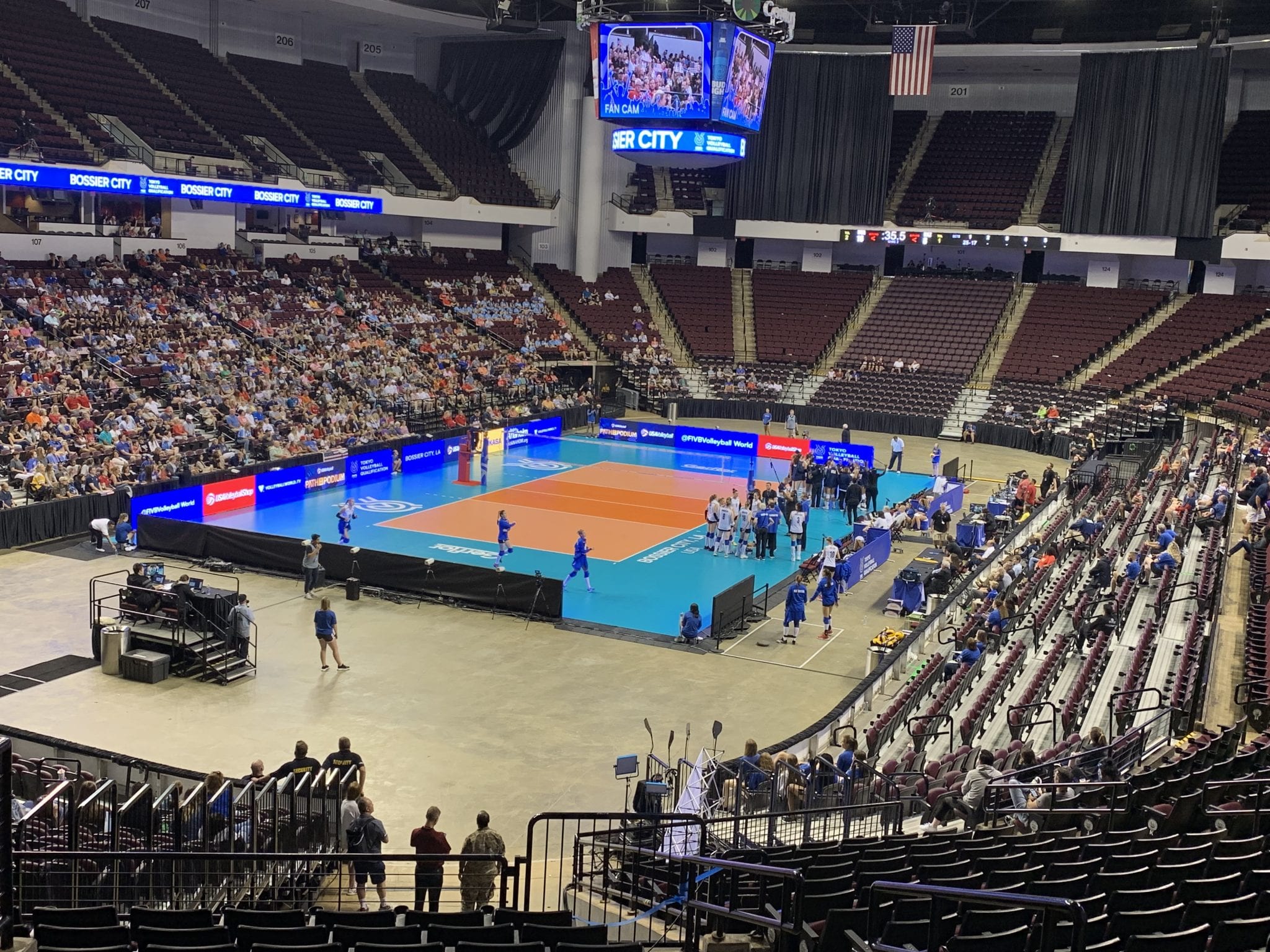 The U.S. Women’s National Team got off to a strong start in the FIVB Volleyball Tokyo Olympic Qualification Tournament with a straight-sets victory over Kazakhstan Friday night at the CenturyLink Center.

Argentina plays No. 23 Kazakhstan at 8.

U.S. middle Tori Dixon and outside hitter Kelsey Robinson both praised the fans.

“The crowd was great,” said Dixon, who is from Burnsville, Minn. “Honestly, I wasn’t expecting how loud. They were loud and proud and we’re just really fortunate to be playing on U.S. soil in front on this awesome crowd. Thanks to Shreveport for showing up tonight.”

Said Robinson: “Really exciting. Louisiana came out tonight. It means a lot to us to play on home soil and to have this home crowd. It’s just an awesome feeling. We want to bring the sport of volleyball to Louisiana and I think we’re doing a really great job. Having this stadium and this venue for us has been awesome.”

“They fought really hard,” she said. “We’re really happy we got to show out and we tried to play as clean as possible. We were focusing a lot on our side of the net and Kazakhstan played a great match. Props to them. We didn’t really know what they were going to throw out. They have a lot of newer, younger players. I’m just happy we came out with a win tonight.”

“Our goal this evening was really just to focus on ourselves,” he said. “We didn’t really have a lot of information on Kazakhstan. Sometimes that’s good to have very little details and have to figure things out as we go. We want to be learners. We want to be able to adjust on the fly. We made some really nice adjustments as the match progressed.”