The Louisiana Association of Business and Industry (LABI) has released its annual legislative scorecard, now available at www.labi.org. Each year, we release an analysis to illustrate exactly how lawmakers voted on the issues most critical to free enterprise, job creation and economic growth.

The Legislature met for a record-setting 19 weeks in three separate sessions in 2016, and the LABI legislative scorecard provides Louisiana residents and the business community with valuable information on how their representatives voted at the Capitol and the practical impact of those votes.

Earlier this year, we collectively witnessed months of debate in a divided legislature that was contentious and frustrating for officials and stakeholders alike.

For decades, Louisiana’s government has found itself mired in perennial deficits unless temporarily “saved” by an infusion of tax increases, enhanced revenues from a storm-induced false economy or budgetary gimmicks. This cycle has hindered economic growth, led to unstable budgeting for governments, businesses and families across the state and convinced far too many that these broken budget practices are simply unavoidable. 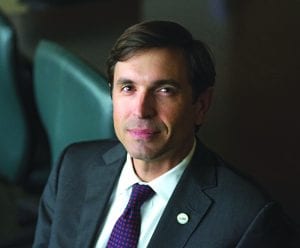 These discouraging budget battles are very much avoidable, but they will remain firmly entrenched until we collectively embrace an entirely new way of thinking, budgeting and governing. The Louisiana tradition of an oversized central state government with numerous programs, services and subsidies has become too expensive and ineffective at solving our challenges. The cost goes up each year while major priorities like education, infrastructure and healthcare must continuously fight for attention.

A simple tax code that is fair to all must replace what we have today and fund a government that is more limited in scope but more effective in application. The goal must shift from fully funding the “wants” of government to meeting the real “needs” and priorities of the people.

An estimated 20,000 Louisiana jobs have been lost since September 2015. While the economy is suffering and families across the state are responding to this challenge, the reaction in the State Capitol seems to ignore these hard facts. New taxes on business and consumers were imposed in order to fund an ever-growing state government. The new state budget is nearly $3 billion larger than the budget that passed in the prior year.

At times, the Legislature took a strong stand against measures to place new hurdles on the path to economic growth. They refused to roll back education policies that have led to greater school choice and improved student performance, and legislators rejected unnecessary regulations and new mandates on the hiring practices of small and large employers.

LABI encourages the public to review the detailed publication explaining LABI’s 2016 priorities, the outcomes of the recent sessions, descriptions of the votes that were analyzed and individual legislative scores and votes on each bill.

Transform government spending. Reform the structure of the state budget. Address the sacred cows. Make our tax code simple and fair. That is the only way to responsibly fund government and create a strong economy that we deserve. Go to www.labi.org to find the legislative scorecard and see if your local lawmaker advocated for these principles in 2016… and then do everything you can to encourage them to do so more often in 2017.