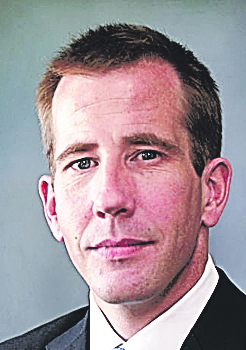 The retailer in question, as you probably already know, is Walmart Inc.

Headquartered in Bentonville, Ark., Walmart is more than the run-of-the mill store we became accustomed to when the company was opening new locations at a rapid clip in just about every small town, and larger city, in Louisiana in the 1980s.  Today, Walmart operates more than 11,000 supercenters and smaller grocery stores as well as those behemoths, Sam’s Club, worldwide.  All in, Walmart gins up more than $14 billion in annual revenues.  It is the king of the hill among retailers, or what’s left of them in this day and age of consumers turning more and more to online shopping.  Walmart is in on that gig, too.

Though Walmart makes big money, it’s like every other big American corporation, meaning it has perfected the art of shaking down states and local governments for taxpayer-funded subsidies when Walmart becomes inclined to invest its money in a particular state or community.  Look at it this way: Walmart coming to your neighborhood?  Be prepared to observe your elected officials and government bureaucrats use your tax dollars to pay Walmart to call your hometown home.  That’s how it works.

According to an outfit called Good Jobs First, the top five states guilty of giving Walmart just about anything and everything it wants tax subsidy wise are New York, Illinois, Florida, Maine and you guessed it, Louisiana.  According to Good Jobs First, Louisiana’s taxpayers have ponied up more than $13.3 million in handouts (tax breaks) over the last decade or so in order to allow Walmart to grace us with its presence, or open a new store nearby.

That brings us back to Walmart’s decision to quit selling handgun ammunition and ammunition for certain rifles as well as its prohibition on openly carrying a handgun in its establishments.

Walmart reportedly arrived at its decision on the heels of a deranged young man shooting to death some 20 people at a Walmart in El Paso, Texas roughly a month ago.  Without question, Walmart has every right to decide which products to sell to its customers, just as consumers can decide for themselves whether to spend their money with Walmart.  That’s called free enterprise.

Yet, it just doesn’t seem kosher that a company like Walmart can freely demand tax dollars from states and local governments (from you and me) and at the same time, dictate to its customers what they can or cannot purchase based on a superior moral authority.  Then again, consumers always have the option to spend their hard-earned dollars with a company that appreciates their business and respects their values and opinions.

Perhaps the candidates running for public office in Louisiana this fall owe it to the voters to tell us how they felt about Walmart shooting its proverbial middle finger toward the 2nd Amendment as well as tens of millions of law-abiding gun owners in America.  At the very least, the voters owe it to themselves to ask them.

Sam Hanna is publisher of the Ouachita Citizen in West Monroe