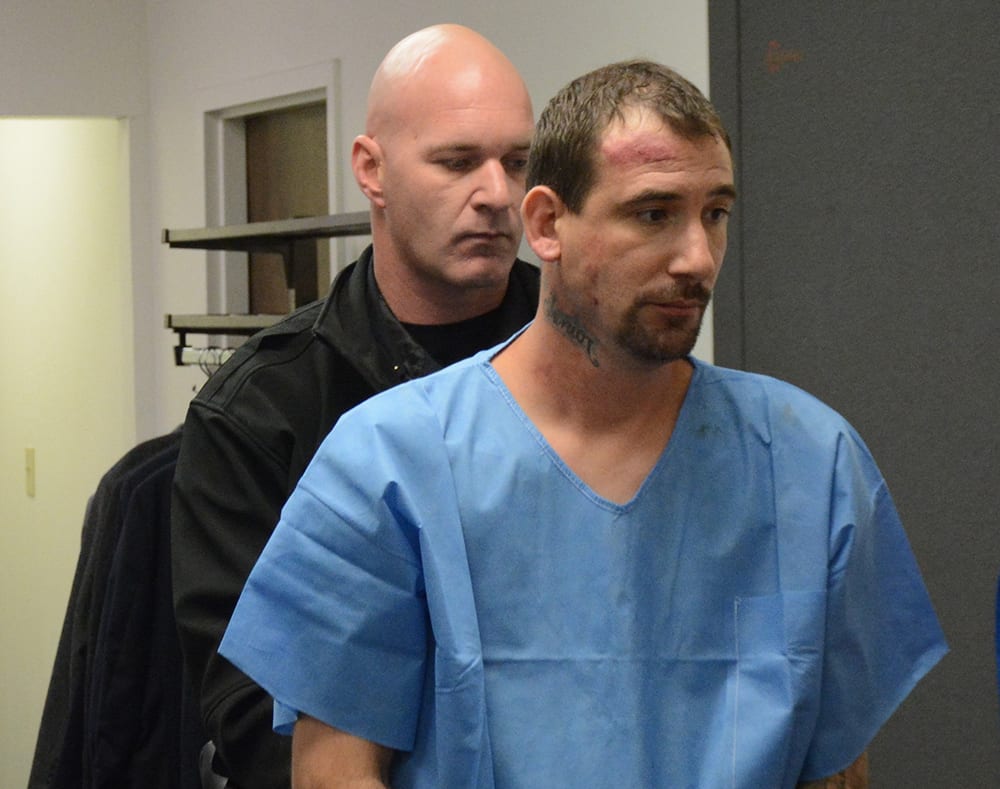 Detectives with the Bossier Sheriff’s Office are investigating an officer-involved shooting in Bossier City early Tuesday afternoon when an escaped inmate from Webster Parish attempted to run over the officers with his vehicle following a high-speed pursuit by officers.

Norman Guthrie, 41, is a Department of Corrections inmate in Webster Parish and escaped a work release detail Monday.  Around 1 p.m. Tuesday, members of the U.S. Marshals Service Violent Offenders Task Force and a Bossier Sheriff’s Office K-9 deputy attempted to apprehend Guthrie during a traffic stop at Highway 80 and Stockwell Road in Bossier City.

Guthrie fled from officers and led them on a high-speed pursuit down Shed Road, Benton Road, and then to West Viking Drive, traveling in speeds in excess of 90 miles per hour with a total disregard of public safety.  Bossier City Police also joined in the pursuit.

Guthrie then drove through a gate at the end of West Viking Drive and into a pasture area where he came to a dead end near the Red River.  Guthrie turned his Toyota Tundra vehicle towards the pursuing officers and attempted to ram their vehicles and run over the officers.  The officers discharged their weapons, and Guthrie sustained injuries to his upper body.  He was taken into custody at 1:26 p.m. and transported to Ochsner LSU Health Shreveport with non-life-threatening injuries.  He was released a few hours later and transported to the Bossier Sheriff’s Office detective’s officers for questioning.

He was transported into the Bossier Maximum Security Facility for booking where he was charged with being three counts of Attempted First Degree Murder and Aggravated Flight from an Officer, and additional charges are pending as the investigation continues.

Bossier Parish’s detectives and Crime Scene Investigators are continuing their investigation at the scene.