Corrie Allison Phillips and Dr. James Cody Ford were united in marriage on Wednesday, October 16, 2013 at noon. The ceremony was held at Ely’s Mill in the Roaring Forks area of the Great Smoky Mountains, near Gatlinburg, Tennessee. The Reverend Jim Eastin performed the double ring ceremony in a secluded, wooded area beside a waterfall. Studio Benjamin of Sevierville, Tennessee photographed the event. After the wedding, a formal dinner followed at The Lodge at Buckberry Creek in the Smoky Mountains. 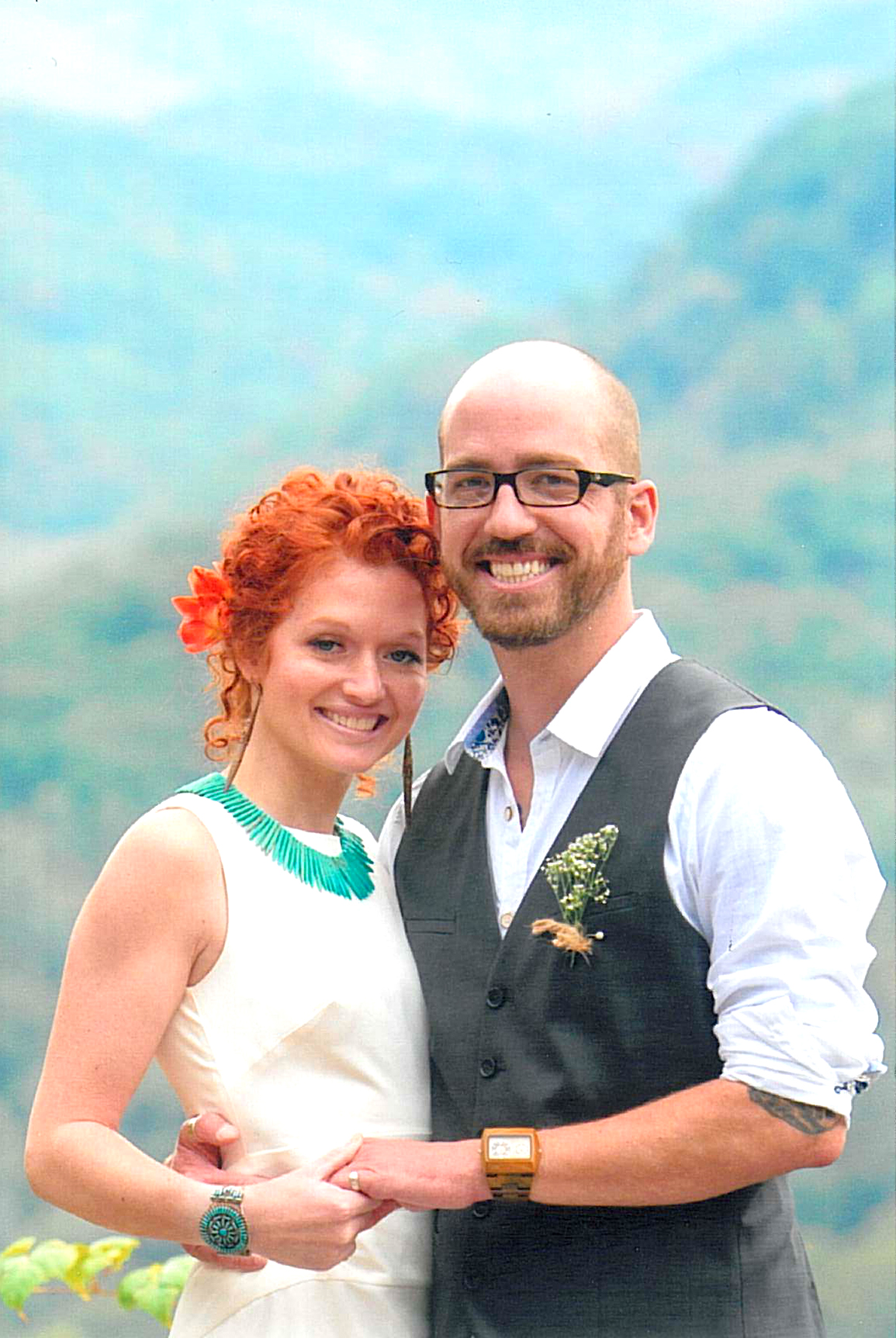 Given in marriage by her parents, and escorted by her father, the bride chose an elegant ivory sleeveless gown with fitted bodice, and a graceful V-shaped back that draped into a gentle, sweeping train. Corrie wore turquoise jewelry, and her hair was adorned with a coral tulip. She carried a bouquet of white hydrangeas, antique ivory and green roses, coral tulips, green Gerber daisies, and curly willow hand tied with turquoise and coral ribbon.

Corrie and Cody relaxed in the Great Smoky Mountains National Park area after their wedding. The couple will later travel to an adventure destination.