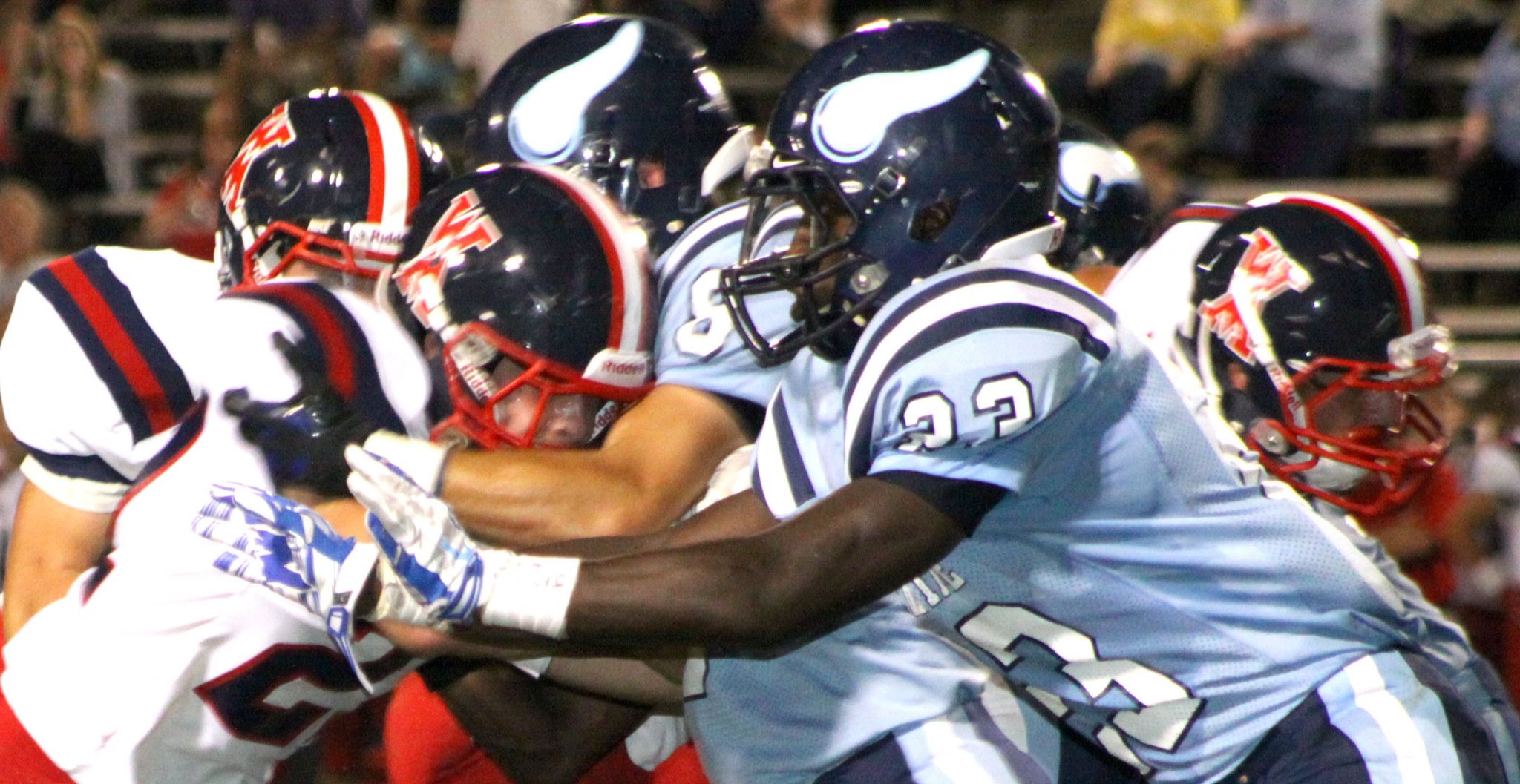 If the West Monroe Rebels are one of the top 10 Class 5A teams in the state, then the Airline Vikings aren’t that far away from being a top-10 team.

The Vikings fell to the Rebels 27-14 Friday night at Airline Stadium. Airline dropped to 2-2. West Monroe improved to 3-1.

West Monroe, which has won eight state championships, beat Airline 44-14 last year in West Monroe. Friday’s game was a far cry from that.

Airline dominated statistically, but the Vikings made some mistakes and gave the Rebels some short fields to work with.

Airline scored first on Brian Fielding’s 10-yard run and Nathan Naranjo’s extra point late in the first quarter. West Monroe tied it in the second thanks in part to back-to-back major penalties against Airline.

The Rebels took the lead on a field goal on the final play of the first half.

West Monroe opened the second half with a kickoff return to the Airline 27 and scored to make it a 17-7 game.

The Rebels then got a field goal after a bad snap on a punt. They returned a fumble for their final TD.

Noah Hildebrand passed 10 yards to Cameron Taylor for the Vikings’ final TD late in the game.

Airline piled up 25 first downs and 346 total yards. The Vikings defense, which has been outstanding all season, held West Monroe to 224 total yards.

Airline quarterbacks Thomas McKain and Hildebrand combined to complete 21 of 35 passes for 188 yards. McKain started but was injured in the second quarter.

Shuncee Thomas led the Vikings on the ground with 88 yards on nine carries. Fielding had 50 on 11.

Airline plays another northeast Louisiana power Friday when they travel to Monroe to take on Neville (3-1), which defeated Carroll 53-0.

Union Parish 58, Bossier 14: The defending Class 3A state champs were too much for the Bearkats to handle, building a 52-0 halftime lead en route to the victory.

Bossier dropped to 0-4, and Union Parish improved to 3-1.

Michael Taylor scored two fourth-quarter touchdowns for Bossier on runs of 47 and 1 yards. Taylor finished with 138 yards on eight carries.

Bossier visits Block (0-4) Friday. Block fell to Peabody 51-30. The Bearkats notched their only victory of the 2013 season against Block.