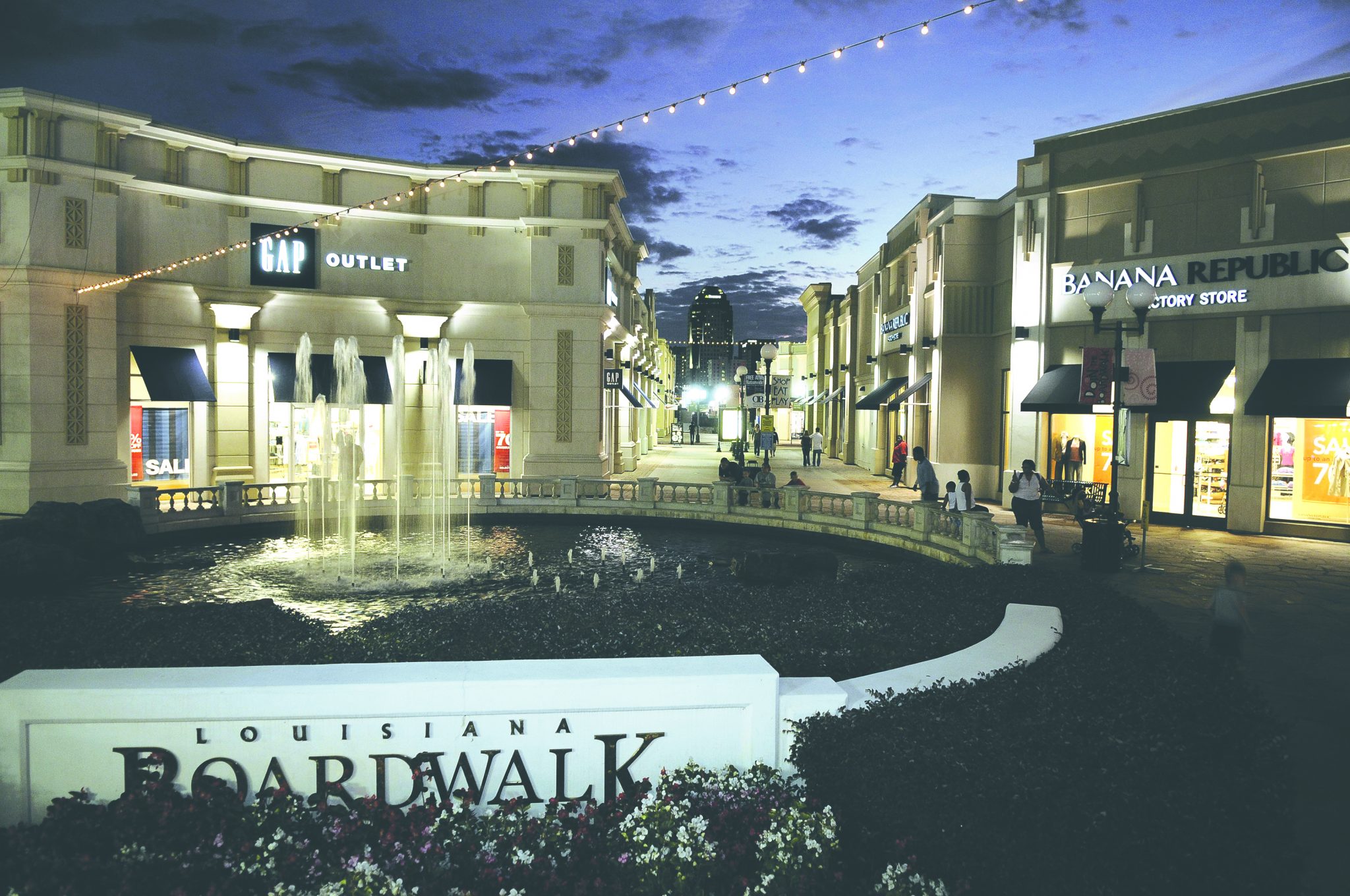 The Outlets at the Louisiana Boardwalk was rebranded last year to match its new direction — a pure outlet shopping center.

“That is what it was designed to do from the beginning,” said General Manager Bill McFadden. “It seems the previous owners lost their direction. By establishing this will be an outlet shopping center, the new owners have created a niche.”

In this new vision for the Louisiana Boardwalk, visitors can expect to see new, major national outlet stores.

“Those are the type tenants we’re going after, those national outlet names. We can’t divulge who is coming in at this point,” said McFadden.

McFadden did confirm that “a couple” of deals are done and architects have already begun working on remodels. He said he hopes to announce those deals within 60-90 days.

“The leases aren’t signed yet. Letters of intent are in place, now we’re getting contractors ready to go and have ink dry on the final document.”

He noted that you can expect to see a new major retailer in the area formerly occupied by Maiden Form and O’Brien’s, and currently occupied by the trolley car.

“It takes a little while to ramp these things up. We had to reestablish this shopping place as an outlet center and that takes time and dollars,” McFadden said.

With two restaurants leaving the Boardwalk after the first of the year — O’Brien’s, a pub restaurant, and Pietro’s, a pizza restaurant — there was some concern that the vision would eliminate certain longstanding elements of the Boardwalk.

McFadden was quick to note that the new vision won’t be pushing out restaurants to make room for outlet stores.

“In terms of tenants falling out, yes there have been a few. None of those have been due to us pushing the outlet concept,” he explained.

He said the Outlets at the Louisiana Boardwalk is an entertainment venue and will continue to be so.

“We need restaurants, an arcade, and movie theater. We have a national chain restaurant discussing joining the Boardwalk on the riverfront. Another regional one is looking at locating there,” he said.

As for non-chain retailers, McFadden said there is no set plan for eliminating or renewing those leases.

Even though the Boardwalk is undergoing changes, McFadden said the future is bright and the center has maintained its level of success at attracting regional visitors.

“We’re filling a void, that wouldn’t be filled otherwise. The closest outlet shopping center is near Dallas or Baton Rouge,” he said.

He noted that the opening of Margaritaville Resort Casino last summer has helped their flow of shoppers.

“Margaritaville has been a tremendous addition, it’s bringing even more tourists to the center. They’re a very good neighbor we’re happy to have here,” McFadden said.