The Bossier Sheriff’s Office is hoping lightning can strike twice by the public using social media to help solve another local cold case. 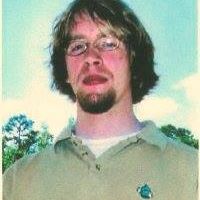 The agency has started a Facebook page asking for the public’s help in finding out the fate of 21-year-old Princeton man, Clinton “Clint” Nelson, who went missing almost nine years ago.

The public’s efforts through social media helped solve a more than 30-year-old case in March this year, identifying the woman known as the “Bossier Doe” — an unidentified female who was found deceased by hunters in the woods off of Highway 157 near Princeton on Jan. 28, 1981, and was eventually identified as 17-year-old Carol Ann Cole of Kalamazoo, Mich.

Nelson went missing Sept. 1, 2006 in Princeton. His mother, Carolyn Johnson, has traveled from South Dakota to place flyers about her missing son at various locations in Bossier Parish.

Clinton has been missing for almost nine years and has received national attention, but no arrests have been made. Carolyn says now is the time to find out the truth – what really happened to Clinton Nelson?

“It has been a long search and it’s time to bring him home,” she said tearfully. “It’s time for us to know what happened. He has a son and a family that misses him desperately.”

Clinton was last seen leaving a friend’s residence on foot in the vicinity of Ward Lane and Highway 80 in Princeton. What happened next is a mystery.

Johnson said people have come forward over the years with various stories of what happened to Clinton.

“We’ve been told that he took off running and that he got into a car and left with someone else. We’ve also heard that he died at the party,” Johnson said. “I firmly believe there is someone who knows exactly what happened and knows exactly where he is at.”

Clinton was wearing a black t-shirt, blue jeans, a black knit cap and new white athletic shoes with red trim the night he disappeared. He also wears glasses with round silver wire frames.

Johnson described her son as an amazing person with a Cheshire cat grin.

“He knew how to make me laugh and could light up a room,” she said. “He was so full of life and so strong. He didn’t deserve this.”

Her tearful pleas for answers come with the hope that Clinton will one day be found.

“My goal has never been to see anyone arrested or go to jail. My goal is to bring my son home and be able to give him a proper burial,” Johnson said as she wiped tears from her face.

Clinton’s family hopes they will finally get the answers they have been searching for. Johnson said she will never give up looking for her son.

“His son was born a month and a half after he disappeared,” she said. “His child needs to know what happened to his dad. Whether he died of natural cause or someone caused his death, it’s not too late to do the right thing.”

A Facebook page has also been set up by Clint’s family to assist with the search – https://www.facebook.com/findclinton.nelson.