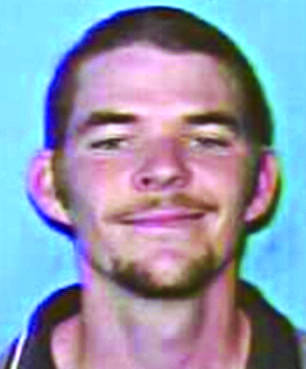 It’s been more than 19 years since 23-year-old Gregory Vice, Jr. disappeared without a trace.

The Bossier native was last seen on U.S. Highway 71 in the early evening hours of March 21, 2000, in the vicinity of Willis Road and La. Highway 527. He was visiting a friend who lived in south Bossier.

While what happened to Greg remains a mystery, his family and law enforcement are staying vigilant.

Since Greg’s disappearance, a person of interest has been identified in his case. But due to lack of evidence, no arrest has been made.

Captain of the Bossier Sheriff’s Office Criminal Investigations Department, Shawn Phillips, assures that the entire department is doing everything it can to solve Greg’s case.

“We had a person of interest back then, and we still do today. Our detectives are revisiting every aspect of this case to find out what happened to Greg,” Phillips said. “DNA technology has changed since he went missing, leads have come in, and we have a new lead investigator on the case who is looking at it with a fresh new pair of eyes.”

“There has been at least five locations that have been reported over the years where people have reported where his body is,” Cahn said. “Those were followed up on, but nothing ever panned out.”

Bossier detectives consistently reach out to the public and other law enforcement agencies to retrieve information or develop any leads regarding Greg’s case.

“Recently, I ran a check through databases and contacted the FBI to see if Greg had been arrested, got a traffic ticket, anything like that,” Cahn said. “But there is no sign of him popping up over the period of time that he has disappeared.”

Bossier detectives are also checking with new DNA technology to see if samples that they acquired are now sufficient enough to provide a DNA profile.

“Back then, DNA results might not have shown that it was a match or there wasn’t a sufficient sample to come up with a profile,” Cahn said. “DNA technology changes all the time, maybe now there is enough of a sample, or a sample can be developed off of something that was just a negative result.”

Greg was last seen in a 1984 brown Chevrolet S-10 pick up truck with yellow pin striping. His wallet and personal belongings were found in the truck three days after he disappeared.

Greg is 5 feet, 8 inches, and 135 pounds. He has brown hair and hazel eyes. He was last seen wearing a black leather jacket, a t-shirt, black Levi jeans and a pair of white K-Swiss tennis shoes. He has a distinctive white tiger tattooed on his back just behind his right shoulder.