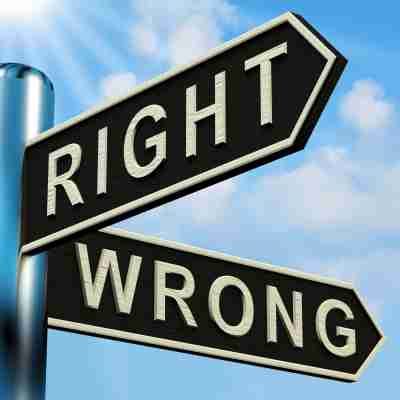 Here is a hypothetical situation: A rift was caused between two people that was based on bad information. One party held a grudge for months because of it. An apology was made. Everything is OK, right? Not even close. The party on the receiving end of the apology is now offended.

Why? Maybe the apology was a bit lukewarm. Maybe the root of the problem goes deeper. There could be many “good” reasons for the offense.

Have you ever been involved in a situation where you were wronged, an apology was offered, but things didn’t get resolved?

Sometimes, relational situations are more complicated than a simple apology and acceptance. The hurt and anger often cloud forgiveness. And the person who is “right” often harbors the most resentment.

The Bible offers an example of this issue in the parable of the prodigal son. Although the prodigal returned home very apologetically, his older brother wasn’t as accepting of his sibling’s return. After all, he was the one who stayed and did what was “right.” Shouldn’t he be justified in his offense?

“The older brother became angry and refused to go in. So his father went out and pleaded with him. But he answered his father, ‘Look! All these years I’ve been slaving for you and never disobeyed your orders. Yet you never gave me even a young goat so I could celebrate with my friends. But when this son of yours who has squandered your property with prostitutes comes home, you kill the fattened calf for him!’ ‘My son,’ the father said, ‘you are always with me, and everything I have is yours. But we had to celebrate and be glad, because this brother of yours was dead and is alive again; he was lost and is found.’” — Luke 15:28-32

While we do not learn what happens next, the words of the father tell us all we need to know. The restored relationship is far greater than any offense taken by the actions of the prodigal. The grace of the father is the lesson for older the son.

As leaders, we are often wronged. There are those who will speak ill of us. There are others who proliferate bad information about us. Even others who actively oppose us. It comes with position and influence.

In most of cases, we clear the air, thicken our skin a little more and move on.

But in those cases where an apology is offered, grace and forgiveness should be the standard response. We should take our cue from the father, not the older brother.

Many times, however, offering grace is easier said than done. We might just react in offense. After all, we are humans who have been wronged. It is in those cases we change places with the offending party. No longer are we on the side of “right.”

Jesus told another parable about forgiveness. He spoke of a king who forgave the debt of a servant, only for that servant to be harsh to his own debtor.

“Then the master called the servant in. ‘You wicked servant,’ he said, ‘I canceled all that debt of yours because you begged me to. Shouldn’t you have had mercy on your fellow servant just as I had on you?’ In anger his master handed him over to the jailers to be tortured, until he should pay back all he owed. ‘This is how my heavenly Father will treat each of you unless you forgive your brother or sister from your heart.’” — Matthew 18:32-35

God so loved us that he sent His son to pay the price for our sins. He offered grace to us. We should do the same. Sometimes, we miss the mark — not extending that grace at first.

It is those cases, where we must apologize, even if we “were” right.

David A. Specht is the President of Specht Newspapers, Inc. He can be reached at dspecht@bossierpress.com